I understand the issues about feral cats… slim chance to be adopted… so out in nature they reproduce, some people feed colonies in all kinds of weather and I can understand the love they have for them. They spend a lot of their own money and time.

However, what if somehow a lot of these feral cats could be humanely trapped and relocated to the outdoor premises of animal shelters already in place. Perhaps some shelter could be made and the difference would be that they would be there in one place for the staff to feed them and get any neutered right there on the premises. So it’s like TNR (trap, neuter and release), but the release part is on the grounds of the shelter. Staff could feed or even the people who were feeding the colonies could come by as a volunteer. They can start with one colony and work from there. It may not solve all the problems but it would lighten the load of all these cats roaming in different neighborhoods.

P.S.: I hear there will be a new veterinary school here on Long Island on the grounds of LIU Post in Old Westbury… a first vet school ever here, and exciting… so lots of land there and perhaps the new students could care for the cats and neuter them there, etc.

Readers Write: McCain always looked out for the people
Next Article 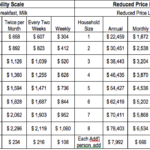