What does it profit a man to gain the whole world yet forfeit his soul? Mark 8:36

Merriam Webster defines a white supremacist as a person who believes that the white race is inherently superior… and should have control over people of other races.

The question I am raising is: Does Donald Trump meet that definition? Based upon his policies, his statements and his supporters, my unequivocal answer is “yes.” What proof do I have?

According to Vice News, the Trump administration has “banned travel from several African and Middle Eastern countries, vastly reduced the number of Muslim and Syrian refugees being let into the country, emboldened ICE to go after all undocumented immigrants rather than just those accused of committing serious crimes, (and) pushed for cuts to legal immigration.

There’s a word for these policies. It’s called ‘Islamophobia.'”

What has Trump said that would lead one to conclude that he believes in white supremacy? He has called African nations “sh**holes” and pondered why the United States could not bring in more immigrants from countries like Norway. He defended the racists who marched in Charlottesville and recently tweeted about white South African farmers’ land being seized.

This story was highlighted on Fox News by Tucker Carlson and, true to form, Trump picked up on it. Another Fox host who admires Trump is Laura Ingraham, who spoke about “demographic change,” which is “destroying the America which we know and love.”

Who else falls into the category of Trump lovers and sycophants? The infamous Neo-Nazi blog called The Daily Stormer and David Duke of the KKK. Trump could have said he wanted no part of Duke, but didn’t.

Finally, in 2016, under intense media pressure, Trump denounced Duke. One should not hold Trump responsible for those who support him, but birds of a feather flock together.

According to the Huffington Post, hate crimes rose about 5 percent from 2015 to 2016. A hate crime is defined as an attack which targets people because of their race, religion or sexuality.

Richard Cohen of the Southern Poverty Law Center points out the threat to our way of life: “…the growing white supremacist movement represents a clear and present threat to democracies across the world.”

But this does not explain why these heinous hate crimes are on the rise. One explanation is the migration of many Muslims to European nations like England and Germany followed by social unrest.

For me the argument that is more persuasive is one which holds that Trump’s policies and pronouncements give a green light to the “crazies.”

One can reason that if the president of the United States is a white nationalist, and he has said as much, then it is only a hop, skip and a jump to picking up a weapon, taking the law into your own hands and annihilating those who stand in the way of making America great again.

Readers Write: It is wrong to present arguments in favor of BDS movement
Next Article 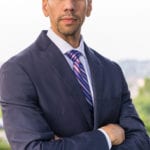