I was devastated when I heard the news of the passing of Dr. William A. Shine, the legendary educational leader of the Great Neck Public Schools and the primary mentor and role model of my 36-year educational career. Some worked more years and more closely with him than I did, but I am certain that no one revered Bill as much as I did.

Personally, Bill meant the world to me. My father passed away in 1996 about the same time as I was being promoted to a district-wide administrative role as Great Neck’s first Technology Director.

Working closely with Bill as we created that position and implemented the district’s first technology plan definitely eased those painful personal times. He took me under his wing and created an incremental transition to the role, which helped me and, frankly, enabled him to evaluate my suitability for it.

It was the first administrative position Bill added after years of reducing and consolidating other positions, and I was very appreciative of the opportunity. Together, over the years, we built a modern, robust, comprehensive, and innovative educational technology program that led to numerous advancements in the integration of technology to enhance and support instruction and learning in the classroom.

He trusted me, he supported me, and he cultivated me as a leader, something I will never forget.

Bill was brilliant, an outstanding and articulate extemporaneous speaker, a moral leader, and a caring human being with integrity. His example led the district in a golden age of education in which the Great Neck Public Schools firmly established itself as a lighthouse district.

Bill believed in the philosophy of school-based management which, along with other innovations, has stood the test of time.

Bill impacted the lives of thousands of students, parents, and colleagues in multiple school districts in two states over many decades.

Like the old E.F. Hutton commercials, when Bill spoke, people listened and learned. Meeting with Bill was like a master class of professional development. He always found a way to pass along pearls of wisdom such as anticipating the “unintended consequences” of any decision, and taking into account that “if a school district is not moving forward, it is standing still.”

His impact on the Great Neck Public Schools was immeasurable and everlasting.

I will remember him forever. He was a visionary leader who dented the future and enriched us all. Even though I always referred to him as Bill when speaking to others, I always addressed him directly as Dr. Shine. May Dr. William A. Shine rest in peace. His legacy will live on forever. 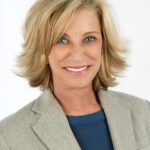 Jason and Jason Friedman, The Friedman Team
Next Article 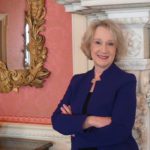