There have been many, many letters to the editor about this hotly contested school board election. Once again, a local election in our town is creating division. Once again, unfounded rumors are flying.

I urge all voters to remember what is at stake here: the jewel in Great Neck’s crown, our nationally renowned school system, and who will sit on the Board of Education.
I’ve watched the Blank Slate interviews with both Michael Glickman and Barbara Berkowitz, and I watched the Reach Out America webinar with all three candidates.

More than once, I submitted a question to Mr. Glickman, asking why he chose to run against Ms. Berkowitz, the candidate with decades of experience, instead of running against Grant Toch for the seat that opened up due to Donald Ashkenase’s untimely death.

Why not work with the incumbent, who has led the district successfully for so long, and learn from her? Each time he was asked that question, Mr. Glickman evaded it and provided no answer, choosing instead to pronounce his support for Mr. Toch and to insult Ms. Berkowitz by insinuating that after three decades of service, she should just step down and allow the next generation to take over.

Why is Mr. Glickman so singularly focused on getting rid of Barbara Berkowitz? Shouldn’t a school board candidate be focused on the children of the district and what is best for them?

Wouldn’t it be best to have someone on the board with the historical knowledge and experience, along with the respect and recognition of teachers, administration and parents throughout the district?

But that is not what Mr. Glickman wants. His disdain for Ms. Berkowitz, and the late Mr. Ashkenase, are no secret.

One need only search the archived letters to the editor of this newspaper to read his vitriolic attacks against both of them. He wants to throw out the old and bring in the new – yet Mr. Glickman could not articulate any concrete plans for improvement if he should be elected.

Instead, he focuses on unfounded criticism of the district’s response to the global pandemic. Some of his comments make it clear that he really does not understand the functions of the Board of Education, despite his claims of being involved in the UPTC. 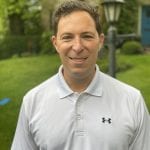