It is horrifying to think that there are those like Jeffrey Wiesenfeld who are bemoaning the lack of issuing gun carry permits.

Whether it be open-carry or concealed carry permits, they still involve lethal weapons. Gun possession can lead to increased crime, a homicide or accidental death.

A study by The American Journal of Public Health concluded that an individual carrying a gun for self-defense was more likely to be shot during an assault compared to those who did not have a firearm. Criminals carry guns more often if they think someone else is armed.

I do not negate police brutality, particularly as it applies to the black community. However, we cannot group the police into one category. Like anything else, there are good and bad.

Gun possession is a moral issue besides a political, legislative and health issue. The notion that guns are necessary is morally wrong.  We are human beings and the messages of fear, a “dog-eat-dog” practice should not be indicative of human behavior.

A Look On The Lighter Side: Everything I needed to know I learned from my toddlers
Next Article 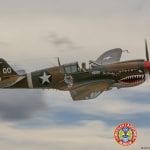