It’s terrible to see a friend or loved one suffer from dementia. It’s worse when you see it happening in public. Though I don’t know Joan Swirsky as a friend, I’ve concluded, based on a reading of her publicly available writings, that she’s been suffering from Conspiratorial Dementia (CD) for at least ten years.

Ms. Swirsky is well educated. She has certifications in nursing and psychotherapy. She’s written books about breast cancer, mental illness, and helpful guides for caregivers. But something snapped. She jumped the rails. Perhaps she contracted CD when she co-authored a book in 2008 that purportedly outlined the evil of Clintonism. Her worsening CD was evident in her articles, accessible from her website, on Obama’s birth certificate (“Who Is Behind Quashing the Birth Certificate Issue?,” “Obama Birth Certificate Issue More Urgent Than Ever”), and Obama as boogeyman (“Obama’s Poison Ivy,” “Obama’s Toxic Brew,” “Obama’s Revenge”,”The President Who Hates His Country”).

In her 2008 article, “Obama The Trojan Horse,” you can see full-blown Conspiratorial Dementia. Like Alex Jones, and neo-Nazis such as Richard Spencer, she uses an “Elders of Zion” theory of history. This child-like version of history explains all events as the result of the machinations of a secretive group. When the Russians concocted the original “Elders of Zion,” the secret group was the Jews. Nowadays, they are called “globalists,” or simply “George Soros.”

Ms. Swirsky recycled this hare-brained theory in her recent letter, “Newspapers unite to undermine Trump.” Like the fictitious Elders of Zion, who have supposedly been in control for decades, the so-called left-wing media has been manipulating public opinion since the days of FDR. However, an astute observer, such as Ms. Swirsky, can discern the on-going machinations of the New Age Elders of Zion, specifically, George Soros, that’s behind all the negative media coverage of Trump. But this isn’t simply an influence campaign. The real goal of Soros and the left is to work with Silicon Valley companies “to censor or eliminate conservative voices.”

It should be obvious that the danger posed by Conspiratorial Dementia is that its sufferers reduce complexity to simplicity. They believe the world is inhabited by demons intent on destroying good people, people like Joan Swirsky. The only way for them to deal with their demons is to eliminate them. Historically, elimination of imaginary demons took various forms, and it always ended with horrifying results.

In her Feb. 2018 article, titled “Obama’s Genie,” Ms. Swirsky was overjoyed by the election of Trump as it meant the end of, and eradication of, anything Obama had accomplished during his eight years. But an electoral win is never enough for CD sufferers. Ms. Swirsky needs to inflict pain and punishment. She wrote, “Is it too much for the rest of us to fantasize that the man [Obama] who once chanted “We are the ones we’ve been waiting for‚” will have a prosecutor replace the G in genie with a G for Gitmo?” Gitmo, as Ms. Swirsky is well aware, is a place where the United States sends its perceived mortal enemies to be water boarded.

Perhaps the saddest part of Conspiratorial Dementia is what it does to its sufferers and to us. Ms. Swirsky seems to have led a fruitful, productive life. Her wealth of knowledge and experience is just what is need during this time of political turmoil. But CD has destroyed her mind, and with it, the wisdom gained over decades. That is the saddest outcome of all. 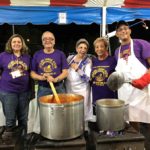