In October 2021, the Islanders Belmont Arena is scheduled to open.

The Empire State Development Corporation previously announced that they would use a “hydrogen fuel cell technology” to power on-site shuttle buses. These buses would connect LIRR riders at the Elmont station along with internal circulation at the complex and parking lots. ESDC has never made clear who will purchase, operate and maintain the shuttle buses.

The same holds true for passenger capacity (this can average from 20 to 60 riders) along with the location of a bus storage and maintenance facility. Has a contract ever been advertised and awarded?

Bus manufacturers have a backlog of up to two years for orders already placed by transit agencies across the nation. Will these buses be in compliance with the Americans with Disabilities Act?

Who will build a facility for the maintenance and storage of these shuttle buses? Building a facility can require two years. There is now less than eight months to complete all of these critical tasks.

The MTA is investing $105 million to build the new Elmont LIRR Station which would provide service to the Islanders Belmont Arena. What are the additional operating costs and source of funding to provide service to the new station? When will the LIRR announce that the price of a ticket will be Zone 3 or Zone 4?

What is the cost and funding source to relocate the eastbound platform farther west and extension of the visual barrier at the station? Both would involve a change order to the existing construction contract. Have the change orders been reviewed to determine if they are fair, justified, reasonable and been awarded?

How will living in a COVID-19 and post COVID-19 world impact ESDC’s promise of 3,000 plus good-paying jobs upon the opening of the Islanders Arena?

How many businesses have signed contracts to occupy space and open retail stores with less than eight months to opening day?

Who has updated the business model for utilization of shops, restaurants, sports bar, movie theater, 250 room hotel and conference center in post-COVID-19?

The Belmont Park arena project promises various service options that are already available. How many of these are now not financially viable as a result of COVID-19? Fewer new jobs may actually be created.

How many of the promised new stores and boutiques in the “retail village” may never open? The same is true for the proposed new dining options, sports bars and restaurants. Next, there will be less need for conference centers and meeting rooms along with movie theaters and concert facilities.

All of these so-called benefits would just have competed against existing shopping malls, upscale stores, restaurants, sports bars and end up stealing some of their customers.

There are already plenty of hotels and colleges which offer conference centers. The same is true for movie theaters and smaller more intimate concert facilities. More people are meeting via zoom than in person.

How much of the 19,000 seating capacity may be lost on a temporary or permanent basis due to the long term ramifications of COVID-19? Elmont residents along with other nearby communities impacted by the project deserve real answers today. 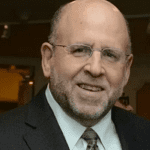 The Back Road: The great escape