In this era of increasing anti-Semitism, it was horrifying to read a recent editorial and an anti-Semitic letter in your newspaper wrongly condemning Israel and the Town of North Hempstead’s anti-BDS law.

Anti-Israel boycotts, divestment and sanctions is anti-Semitic discrimination against Jews.

When the Town of North Hempstead passed its bipartisan, anti-BDS law two years ago, Town Supervisor Judy Bosworth correctly explained that the “The BDS movement is driven by anti-Semitism and is meant to punish Israel in order to cause its economic collapse.”

BDS’s leaders, such as As’ad Abu Khalil, openly state that the purpose of BDS is to destroy the Jewish state.

BDS is not some sort of “human rights” endeavor.  Arabs have more human rights in Israel than in any other country in the Middle East.

I explained when testifying on behalf of the TNH’s anti-BDS law that a governmental entity such as TNH has the absolute legal right to require its contractors not to engage in economic discrimination against Jews and an American ally such as Israel.

Other legal experts, such as famed international law professor Eugene Kontorovich, have confirmed this.

Moreover, government entities can legally go even further than the TNH law does. The town could, if it wished to do so, also restrict the speech employed in a contract for a TNH-financed program.

The U.S. Supreme Court held in Rust v. Sullivan, 500 U.S. 173 (1991), that the government may prohibit recipients of federal funds from using those funds to express speech with which the government disagrees, stating: “[A] legislature’s decision not to subsidize the exercise of a fundamental right does not infringe the right.”

Yet the TNH law merely prevents TNH contractors from engaging in discriminatory economic activity. TNH’s contractors can still say whatever they feel like saying, including spouting lies that defame the Jewish state.

Notably, BDS targets go far beyond Israeli Jews.  BDS is waging economic and propaganda warfare against Jews and others in the United States and throughout the entire world.

American Jewish artists such as the singer Matisyahu have been targeted by BDS.

BDS harms American Jewish students at American universities who are subjected to harassment by vicious BDS groups such as Students for Justice in Palestine.

BDS also harms American students of all faiths who wish to study in Israel, who are discriminated against by anti-Semitic professors who refuse to write recommendations for them.

BDS harms American and other universities that wish to benefit from academic interchanges with Israel’s stellar universities.

BDS harms Palestinian Arabs, who have lost well-paying jobs with top-notch benefits when BDS forced the Israeli companies which they worked for to shut down their facilities.

BDS also violates the Oslo Accords. In these accords, the Palestinian Authority agreed to economically cooperate with Israel.

Numerous BDS “activists” are operatives of or linked to designated foreign terrorist organizations, including Hamas and the Popular Front for the Liberation of Palestine.  The recent detailed report titled “Terrorists in Suits” documented over 100 specific links between BDS groups and terrorism, especially Hamas and the PFLP.

I hope that this newspaper will retract its wrong-headed editorial.

Editor’s Note: The Blank Slate Media editorial did not condemn Israel and the Town of North Hempstead’s anti-BDS law. It did present the opinions of both sides of the BDS debate. The editorial also said the Town of North Hempstead’s decision to support the anti-BDS law made them responsible to respond if an Israeli political party labeled a terrorist group by the United State became a partner in a future Israeli government – a position we stand by. 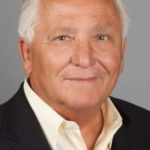 Manorhaven graded AA+ by Standard and Poor’s
Next Article