Right now, we have a historic opportunity to overhaul a racist and regressive pretrial system that is responsible for jailing tens of thousands of people who have not been convicted of any crime and damaging the lives of countless black, brown, and low-income New Yorkers.

In an age of accountability, it is time to take account of the immorality of imprisoning people whose only crime is their poverty and lack of privilege in a system designed to protect the wealthy and powerful.

Current bail, discovery, and speedy trial laws give immense power to prosecutors, allowing them to drive forward plea deals, convictions and case outcomes, and that is why the state District Attorney’s Association is pushing to water down these bills.

As a person of faith and a representative of Bend the Arc: A Jewish Partnership for Justice, my call for pretrial reforms in New York is grounded in the words of the Torah, which commands, “You shall not render an unfair decision: do not favor the poor or show deference to the rich; judge your kinsman fairly” (Leviticus, 19:15).

We will not stand for partial reforms that reinforce criminalization and racism in the system. I call on state Sen. Anna Kaplan to listen to your constituents, the people of conscience who helped elect you to represent us and the rights of the voiceless and oppressed among us, to follow the lead of progressive legislators championing these bills — not the disingenuous dog-whistle calls for watered-down, regressive proposals from law and order groups like the District Attorneys Association of New York. 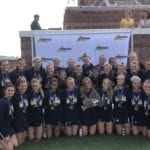 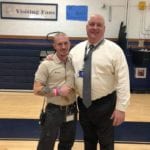