On Sunday, Jan. 14, I attended a meeting at Great Neck House concerning the civil liberty and health issues regarding the recent installation of LED streetlights in the Village of Great Neck.

The Nassau County Chapter of the New York Civil Liberties Union presented a program dealing with the new technology known as “Smart Cities,” which includes installations like our streetlights; others spoke about potential health hazards of these powerful night lights. While there was not an overflow crowd, enough people came, listened, asked questions and made comments for me to conclude that there are still many urgent and unresolved concerns about the wisdom and safety of installing these lights on all our village streets.

Growing up in the village, I learned early on from my parents, the Great Neck public schools and my own experience, that the elected officials who govern us, including our local mayor and board members, are meant to be “public servants.”

I was taught that their job is to learn and respond to the needs and wishes of their constituents as best as they are able, and to strive to maintain and improve all of our lives. This clearly requires regular dialogue and working together in order to make decisions that benefit and often affect everyone.

Today, unfortunately, the actions of most politicians do not appear to reflect the needs and desires of those they govern.

Rather, their actions more often appear to reflect their own needs and desires and those of their wealthy donors.  What was once public service has largely become self-service, with power and money frequently in the forefront.

At the meeting, one of the presenters asked if the mayor or anyone representing the village was present.

Someone answered that the mayor was invited but declined to attend, and that there was no one present representing the village.  This was shocking to most of us in the room and I believe that village residents are owed an explanation.

The new LED streetlights that have been imposed on all village residents clearly have some very serious potential problems associated with their use that should be addressed directly to all residents.

Why hasn’t that happened?

The mayor has said that this has occurred at many Board meetings.

However, it is a simple fact that most village residents do not attend B\board meetings and what’s worse, to my knowledge and experience, most residents are totally uninformed about the LED streetlights and their potential significant problems.

It is never a good sign when so many people are angry, upset, and worried, when they feel excluded and even helpless, wondering why officials elected to serve us are not carrying out their obvious responsibilities.  I saw all of this in many of those at the meeting.

Invite experts on both sides of the issue and give them a reasonable but limited time to express their views and respond to questions.

There are many questions that came up at the meeting that have not been answered sufficiently for all village residents and should be addressed immediately.

As a result of the Jan. 14 meeting, many more people are now disturbed by what they have learned about the new LED streetlights and it is evident that all of us deserve attention, complete answers and action that will reflect the will of an informed majority.

As things stand, the situation will obviously get worse unless the mayor and board take action to better inform and reflect the will of the people of the village, many of whom elected them to office based on the belief that they would best serve the village and all of its residents.

So far, that does not appear to be the case and, in my opinion, this situation needs an immediate correction.

Thank you in advance to the mayor and board for anything you can do to help. 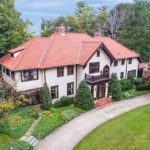 Home prices up slightly in Nassau
Next Article 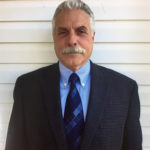