I was troubled to read Carol Frank’s commentary of Michael Glickman in her letter entitled “Before you jump off the Glickman cliff, read this” that appeared in the Great Neck News on April 27, 2021.

She is entitled to her opinion as we all are; however, I feel compelled to make a statement and clarify any misconception that is inferred in Ms. Frank’s letter.

As we all know, it is quite common for employees to take legal action against their former employers for a myriad of reasons and each case is given its turn in the justice system from the frivolous to the most serious.

To take something as fact and attempt to use it to criticize someone’s character without having any firsthand knowledge of the situation or circumstances is reckless.

As the person who was hired to assist Michael with the then modern-day vision and reinvigoration of an institution that needed to be relevant in today’s ever-changing world, I can attest to the fact that the museum was in a challenging position. There are a number of articles referencing that fact, including a Wall Street Journal article on February 8, 2015.

The fact is that Michael turned the institution around. He worked with the board and senior management to renew their mission and lead a positive transformation that is recognized and appreciated by both the casual observer and the institution’s closest stakeholders.

He focused on his responsibility to honor the indomitable spirit of Holocaust survivors and the memory of the 6 million Jews who perished. He successfully improved museum operations, increased financial resources, grew staffing, philanthropy, visitation, and media coverage, and he implemented new strategies and initiatives for the benefit of world audiences.

Michael worked to promote a vibrant, ethical, and inclusive environment, and the museum was a great place to work under his leadership.

I don’t know anything about Great Neck schools, but I do know this: If Michael has committed to use his time and talents on their behalf, that is a gift that this community should accept.

Michael is a leader who is decisive, builds working relationships and solves problems.  He has respect for his colleagues and works to empower others. He approaches his responsibility with a steadfast goal of maximizing the strengths of the existing staff and augment the team with new skills as needed.

He hosted regular staff working groups and brown bag lunches across the institution. He provided informal opportunities to gather and talk about museum issues and provided resources for professional development opportunities so our colleagues could continue to be encouraged and supported in their jobs.

He right-sized a number of departments, helped support a number of necessary staff departures, and aligned the salary structure both internally and against like-sized cultural institutions to retain and recruit staff. He set an ambitious path forward and provided institutional support to hire and develop a best-in-class staff that was dedicated to growing every aspect of the museum.

Michael also worked closely with staff and members of the board to prepare accurate budgets, regularly monitor progress, and initiate changes as necessary. He helped the institution assemble a finance staff with strong technical abilities, a more efficient structure, a solid work ethic, and a dedication and willingness to complete the tasks required to be in compliance with governmental agencies.

Michael was not shy about having to make difficult decisions. In fact, the necessity to make challenging decisions required him to focus on areas that others long overlooked.

As Michael used to tell us, “leadership is hard and the decisions we make today are designed to benefit the institution for years to come.” Michael left the museum in a far better position than he found it.

We were saddened when Michael announced that he would not renew his contract in 2019. We were thrilled for him and his family as he announced his plan to start his own business and share his talent with other institutions, both profit and non-profit, where, although the missions may be different, the need for forward-thinking vision and the ability to execute is the same.

I wish Great Neck much success as it navigates this school board election. 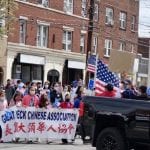 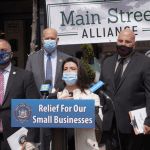