This is in response to Karen Rubin’s article, “Honor moms: respect their right to choose” which appeared in your newspaper this past Mother’s Day weekend.

What irony that the author should juxtapose a beautiful holiday, such as Mother’s Day which celebrates life and the honors the indispensable role of mothers in our society by then asking us to respect the right of mothers to be able to kill children in their womb so they can have the dignity of making their own decisions.

This is a warped, narcissistic and barbaric way of thinking – all for the sake of one’s own convenience and autonomy.

Whatever happened to the child’s right to self-determination?

According to Ms. Rubin, to be the best mother you can be, a woman needs the ability to choose. She needs to be the master of her own destiny.

Really?  I always thought all you needed to be a good mom was the ability to love your child unconditionally and be able to selflessly prioritize their needs before your own.

Is anyone ever truly a master of their destiny, or always in control of their life?

Seems to me that life has a way of throwing us curveballs, and sometimes they come in the form of innocent babies.

Abortion is not an act of love, but the ultimate selfish, irresponsible choice to murder one’s own progeny so that life will be made easier and less complicated. Motherhood is a choice you make every day, to put someone else’s happiness and well-being ahead of your own.

The author’s feminist male-bashing, (men will control you, take your jobs, be promoted over you if have babies) borders on hysteria.

She also cannot control her contempt for President Trump. Whether it’s her fear mongering that Roe v. Wade will be overturned since Neil Gorsuch is on the Supreme Court, or that Planned Parenthood will have funds taken away, or that Obamacare is being sabotaged, or how Trump “terrorizes” illegal alien mothers using economic levers.

Hyperbolic words such as, “misogyny”, “tyranny” are sprinkled throughout her article.

Did Ms. Rubin really need to be so mean and petty to put down the First Lady’s motherhood by bringing up Stormy Daniels?  Talk about Mean Girls!

She quotes statistics that having kids is the best single predictor that a woman will end up in financial collapse as the deck is stacked against working women.

She also states that women are not able to fulfill their potential or productivity with children.  This sounds reminiscent of what Margaret Sanger also claimed about motherhood.

What the author failed to mention is that black children in America are more than 300 percent more likely to be aborted than white babies.

Abortion is currently the leading cause of death in America, but far more so for the black community, and accounts for more black deaths than homicide or any disease, including cancer and heart disease.

She also failed to point that that in its 2017 Annual Report, Planned Parenthood said that 94.3 percent of pregnant women seeking its help end up getting an abortion, whereas only 0.6 percent get adoption referrals and 5.1 percent get prenatal care of any kind.

To date, over 60 million babies have been aborted since Roe v. Wade became law in 1973.

Why would Ms. Rubin think it a good idea to use Mother’s Day as a reason to write such an ugly, divisive article brimming with fear?

What she fails to see is that in spite of the lower salaries, lower job positions and lack of complete autonomy, mothers have said “yes” to life.

“Yes” to the beautiful promise of nurturing another’s potential. One in which we don’t necessarily lose our own potential, but rather discover, through our sacrifice and love, the best parts of who we are as women.

Motherhood is the one factor that unites women across every race, religion, culture and yes, even political affiliation.

We unite because we intuitively know that our motherhood is not a hobby, but rather, a divine calling.

Who’s repping you in your transaction? Part 2
Next Article 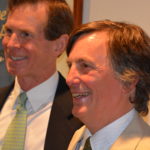 Our Town: A little magic at Nassau County Museum of Art