Just the other day, the Great Neck News published an unfortunate piece entitled “Reflections on the Great Neck school board election” in which the writer not only hurled baseless accusations at me, but also claimed to be able to magically see into the hearts, minds, and motivations of voters. Inventing fiction about my school board campaign is one thing. Spreading falsehoods about the people who voted for me is another. It is clear that this individual is not sufficiently informed to speak to anything about the election, other than his objective to foster division and hate while pretending to stand for truth and justice. His personal attacks are distressing – though, having known him for nearly two decades, his actions are not surprising to me. What was surprising was that his efforts were supported by the president of the school board. Frankly, I think our entire community deserves better.

Running for the school board was an awesome opportunity to help the school district and its leadership do better by and for our children. In the wake of the election, many are now focused on our district like never before. We cannot allow our progress to be derailed by nonsense. I am writing now to keep up the momentum and advance the conversation.

Since there appears to be a desire to offer reflections on the school board election, I will offer a few fact-based reflections of my own. The school board election in Great Neck was about a parent challenging a politician. It was about an apolitical community member running as a candidate for a seat on the Board of Education against an organized political machine. It was about a father who challenged the status quo and was, in turn, attacked by the leadership of the teachers’ union. It was an election essentially determined by absentee ballots and an effort to have the Great Neck of yesteryear stand against Great Neck of today and tomorrow.

Over the weekend, Mrs. Berkowitz sent me the following email: “Mr. Glickman, in an effort to improve the items or areas you feel are lacking in our “transparency” that you’ve referred to, please chronicle for us what specific areas to which you are referring so that the superintendent and the board might seek ways to investigate them and/or change the district’s methods of communication going forward.”

I will, in due time, respond to Mrs. Berkowitz with a comprehensive summary of what I learned in the hundreds of conversations I had across the district. In the meantime, I offer these suggestions as immediate next steps for the Board of Education to take:

Record every meeting of Great Neck’s Board of Education and post those recordings on the district’s website for all to see and hear.
Communicate with parents and the community well in advance of every board meeting about what will be on the agenda, as well as reminding them of the date and time of the meeting (and where to find the archive of previously recorded meetings).

De-politicize the Board of Education and return to the system of elections that previously existed where individuals ran for a seat—not against an incumbent—empowering the community to elect top vote-getters in apolitical elections.
Stop seeking absentee ballots from non-taxpayer residents who live in assisted-living homes in Great Neck.
Establish a conflict-of-interest policy that prohibits sitting members of the Board of Education from accepting financial support from the teachers’ union (Great Neck Teachers Association) given that these board members are responsible for negotiating contracts with the union.
Expand the Board of Education to seven seats to ensure that this diverse community is better represented by parents and taxpayers alike.
Commit that the next time a search is conducted for the superintendent position, the process will be guided by an expert national search firm, just as every parent leader has previously demanded (to no avail), and every high-achieving peer district does.
Create a working group that explores the distribution of resources across the district, school by school—not for the purpose of shifting funds away from programs, but rather to ensure that children in every school have the same opportunities.
Provide financial projections that clearly articulate what is anticipated in future year costs so that all taxpayers can better understand the financial position of the district.
Recognize that parents in this district make possible the many successes we are fortunate to experience in our schools.

I remain grateful, Great Neck, for the opportunity you gave me. Thank you once again. 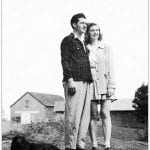 Our Town: The 6,000-year battle of the sexes
Next Article