There is more to Rebecca Klar’s story “New York Islanders score big with Belmont arena,” published Dec. 22, when it comes to Gov. Cuomo’s promise of significant increases in LIRR service to coincide with the Islanders Hockey Team stadium planning to open by 2020 at Belmont Park.

This may be unrealistic.

Conversion of the Belmont Park LIRR Station and other capital improvements to provide better and more frequent off-peak service to and from the future Belmont Park Arena may take between three to five years.

You may end up with off-peak shuttle service between Jamaica and Belmont Park LIRR Stations. The real challenge will be trying to provide full-time rush hour service in both directions. This may not be possible until 2032.

There is also the need for a bus terminal to accommodate NICE, New York City Transit and private charter bus operators who may establish new routes for serving the Belmont Arena.

It will be several more years before the LIRR completes upgrading signals adjacent to Jamaica Station. East side access to Grand Central Terminal will not be completed until 2023. New equipment to expand the current fleet needs to be delivered.

Amtrak may delay the start of work by six years from 2019 to 2025 for work on the East River Tunnels.

Only one of four East River tunnels can be worked on at a time. This will result in a direct reduction in rush hour service. It will take one to two years to finish work on each tunnel.  As a result, this project may not be completed until 2032.

Initiation of LIRR east side access to Penn Station means the end of direct service to Atlantic Terminal Brooklyn. This will be replaced by a scoot service to Jamaica. This means changing at Jamaica for riders to and from Brooklyn.

Based upon all of the above, there is may be little capacity for LIRR increase of new service, including to Belmont Park, especially during rush hours.

There is no room to run additional trains in or out of Penn Station during either a.m. or p.m. rush hours through the East River tunnels with connections to Long Island.

This has been the case for decades. Three of four tunnels running inbound during a.m. and outbound p.m. rush hours have very tight spacing between trains.

One tunnel is shared by the LIRR, NJ Transit and Amtrak for reverse train movements with equally tight spacing during rush hours.

There is no platform capacity at Penn Station to accommodate any additional trains during the rush hour.

Penn Station is currently operating at 100 percent capacity during rush hours. If one of the four tunnels is temporarily out of service, the result is numerous delays and cancellation of trains.

Metro North wants to begin service at a cost of $700 million from the east Bronx via the Hell Gate Bridge and Harold Interlocking in Sunnyside Queens to Penn Station after December 2023 to coincide with LIRR moving into Grand Central Terminal.

Metro North also has future plans to run additional service from Poughkeepsie and other Hudson Line stations via Amtrak Empire Corridor Hudson Line using tracks on Manhattan West Side, which could cost $200 million.

Many Rockaway Queens residents want restoration of LIRR service on the old Rockaway Beach branch, which suspended service in 1962. Today, NYC Transit runs the A subway along a significant portion of the old LIRR right of way.

Amtrak northeast corridor between Washington and Boston along with Empire Service north to Albany and Buffalo, and New Jersey Transit have future plans to expand service in and out of Penn Station. 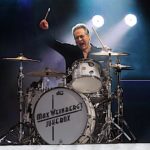 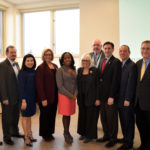