You would never know that New York is ruled by three branches of government when the New York State Legislature remains idle while Gov. Cuomo has changed hundreds of laws and regulations over the last seven months.  When exercising whatever powers and authority that you have, you must be inclusive of not just the other branches like the Legislature but also other levels of government like local and county government.  The Legislature has given a “rubber stamp” to executive decisions that is ultimately destructive of the interests of the state.

Prior to the Covid-19 virus, in January the state had a $6 billion Medicaid deficit, which the politicians had no answers in solving.  They expanded Medicaid in New York state with no understanding of how they were to fund it.  Total Medicaid spending is projected to hit $80.3 billion, which makes the program up 63 percent since 2010, well above the rate of inflation.  In 2019, New York state had more people fleeing the state than any other U.S. state.  Taxes are a primary reason for people leaving the state.  Politicians will pat themselves on the back for passing the 2 percent Tax-Cap Law, but there are so many exemptions to the law, such as mandatory pension contributions, that make the law laughable.  Sadly, New York state is totally broke, with the biggest crime spike in history, the highest Covid-19 death toll and the all-time record for residents moving out.

Crime is another reason of concern that has affected New York City and the surrounding suburbs.  If you look at Patch.com, Nassau Daily Voice and NextDoor.com, it is clear that crime is real and palpable on Long Island.  The state Legislature passed legislation that has tied the hands of our judges and has led to the revolving door of recidivism.  My niece is a 911 operator who tells me the horror stories happening in New York on a daily basis.  New York needs to change in 2020 because our political figures are asleep at the wheel.

Dave Franklin, a former three-term Port Washington police commissioner, will be a refreshing change in the New York State Senate.  While the PW police chief of department handles day-to-day operations, the three elected police commissioners represent the community with the police department. Dave Franklin with his 30-plus years of service to the Port Washington community will seek to make necessary changes to rein in taxes and improve crime legislation.  Change is so necessary. Just read the newspapers about crime, taxes and people fleeing. 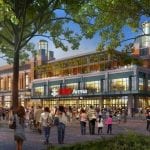 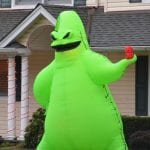 Our Town: Hire a ghostbuster to soothe your haunted soul