I am concerned by some declarations made by candidate James Wu. Something does not add up.

Let me first recap some of my employment and non-profit roles prior to my current career (those which are relevant here) in private wealth management:

I have also been involved in organizing the largest annual Holocaust survivors’ gathering in the US (at NYC’s Temple Emanu-El), since 1978, under the late Ben Meed. I have been for many years a Vice President of the American Gathering of Jewish Holocaust Survivors.

In these contexts, I have never met nor heard of Mr. Wu.

If he performed any work for the American

Gathering, with whom did he do so?
If he was a senior campaign aide for Gov. Pataki, through whom did he report?
And if the latter occurred, how did he then work for the Obama campaign – and with whom? This is also as philosophically challenging as Anna Kaplan, who was endorsed by Iran-Surrender-Plan-Obama, but she lost in her native Great Neck only to be rescued by those whose interests greatly diverge from Great Neck’s – but I digress.

Will anyone out there ask Mr. Wu to substantiate his claims as noted above? Also – is there any reason that he marched on Memorial Day with U.S. Marines – does anyone have any knowledge of that service?

All this does not add up. Reminds me of Sen. Blumenthal of Connecticut. 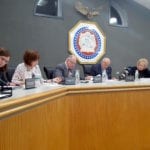 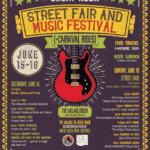