President Berkowitz is a tremendously valuable asset to the entire Great Neck community. Her knowledge of education issues and of the practical problems involved in leading a large, complex and influential school district, as Great Neck is, cannot be overstated. President Berkowitz has handled these matters successfully and with great caring and sensitivity for the welfare of a large student body  having many varying needs.

One would expect that an opposing sharp critic of the district would come forward with a set of issues relating to educational programs, financial matters or more general matters relating to staff, plant and equipment, safety, the environment and plans for the future of  the District. No such case is presented by Candidate Glickman. He calls the school district “rudderless,” a comment that does a grave disservice to the other trustees and highly qualified professional people who help guide the district.  In my opinion, this unfortunate comment reflects back on the candidate’s own lack of understanding of the job he is seeking.

When Mr. Glickman and I recently served on the board’s Citizens Advisory Committee, I never heard  him take the opportunity to express any particular concerns. Further, this candidate’s background as an organizer of artistic and philanthropic operations gives us no clue as to what is his thinking regarding key education and related issues.

To sum up, President Berkowitz has been an outstandingly effective trustee and president of the Great Neck School Board. In my view, the case for the opposing candidate is extremely weak and potentially very costly for Great Neck. I strongly urge voters to cast their vote to re-elect President Barbara Berkowitz on May 11.

Readers Write: Party of No drowns infrastructure plans
Next Article 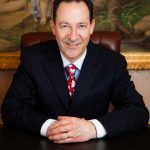 Looking young at 50 and beyond