After the 1972 reapportionment, he declined to run against Democrat Lester Wolff of Great Neck, when both seats were merged into one Queens/Nassau district. Democratic Congressman member Wolff defeated long-term Republican Congressman Steven Derounian in 1964 on the coattails of Democrat Lyndon Johnson’s landslide. LBJ soundly trounced Republican Barry Goldwater for President.

In 1972, Wolff faced a strong challenge from Queens Republican State Assemblyman Jack Gallagher. Republican President Richard Nixon won in a landslide against South Dakota Democratic Sen. George McGovern. Wolff ran as a Democrat in the Nassau County portion of the district, while playing down his party affiliation in the Queens County portion of the district to avoid being drowned by McGovern. The Nassau County GOP did not run one of their own. As a result, they did little to help Queens Republican candidate Gallagher,  contributing to his defeat.

In 1980, GOP Congressman John LeBoutellier briefly recaptured this seat for one term. He won on the coattails of Republican Ronald Reagan’s landslide over Democrat President Jimmy Carter who lost his quest for a second term. Democrat Gary Ackerman reclaimed this seat in the 1982 November general election. defeating Republican Alan E. Binder.

At the 11th hour in 2012 before any candidate not sponsored by either the Queens or Nassau County Democratic Party clubhouse could find the time to raise necessary funding and organize a petition campaign to enter the June 26 Democratic primary for the 5th District, Gary Ackerman decided to call it quits. It was his parting gift to the Democratic Party machine, so that they, instead of the voters, could determine his successor.

This district has been gerrymandered with the help of Democratic Assembly speakers under several reapportionments. Boundaries were extended west to Queens and east into Suffolk County. Adding the Bronx and Westchester to the district under the latest reapportionment represents the very worst in gerrymandering.

Placing Larchmont, Mamaroneck, Pelham, Pelham Manor, Port Chester, New Rochelle and Rye in Westchester County (which could have been placed in 16th CD represented  by Jamaal Bowman), the eastern-most Bronx waterfront neighborhoods (which would have been a better fit with 14th CD Alexandria Ocasio-Cortez), northeast corner of Queens (which could have been part of 6th CD Grace Meng), North Hempstead, Oyster Bay and Glen Cove in Nassau County along Huntington and Smithtown in Suffolk County within the same congressional district boundaries makes no sense.

The next member of Congress from the newly designed district will need a speed boat to travel across and around Long Island Sound to visit all his or her new constituents. It illustrates the pitfalls of reapportionment when you have veto-proof, one-party control of both the state Assembly and Senate. Senate Majority Leader Andrea Stewart Cousins, Assembly Speaker Carl Heastie and Gov.  Kathy Hochul — all Democrats –should be ashamed of this travesty. 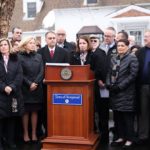 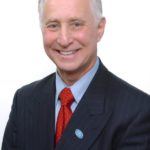 All Things Real Estate: A tough choice to sell or stay