I yield to no one with respect to my progressive leanings and support for a principled and compassionate immigration policy. With that said, I believe the recent letter to the editor (“Suozzi not offering principled leadership on immigration,” Robert Adams, Great Neck) did a disservice to Congressman Tom Suozzi’s indisputable record of two decades on immigration issues.

As mayor of Glen Cove, Suozzi opened the East Coast’s first “shape up center,” where undocumented workers were able to to find work, learn English, and receive job skills training. As county executive of Nassau County, he called for a federal investigation into the poorly implemented ICE raids conducted in Nassau.

Now, as our United States Representative, Suozzi has negotiated legislation to regularize the 11 million undocumented immigrants and provide a pathway to citizenship for the DREAMers. He has co-sponsored over 10 bills regarding immigration, including the Keep Families Together Act and the Dream Act.

When the current administration began separating children from their parents, Suozzi traveled to the border in El Paso and Mercy First in Syosset to inspect the facilities where children were being held.

Congressman Suozzi has compiled an exemplary record of tackling complex immigration issues in a compassionate and effective manner. There are those both within and outside the Third Congressional District who, for their own agendas, want to dispute Suozzi’s record. However, they should first educate themselves on where he stands and what he has actually done. 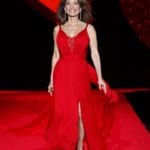