The small-to-moderate size rallies currently demonstrating the frustration of Jews of conscience over the rise of anti-Semitism in the U.S., including those in which I have participated, is heartening, but ultimately of little practical effect.

Absent a major and coordinated national response by organized Jewry, it can be said that the “golden age” of American Jewry has peaked and will decline.

While right-wing, neo-Nazi assailants must be outed and fought, it is the mainly politically liberal orientation of organized Jewry which prohibits them from recognizing and acting against the real threat to support for Israel and American Jewry: the leftist-Islamist alliance.

That alliance is poisoning all academic environments, promoting BDS and delegitimization, destroying support for Israel with false charges amongst academic elites and thus the next generation — and now electing leftist and Islamist extremists into all levels of government.

This narrative is not what organized Jewry prefers to discuss. Yes, the neo-Nazis must be smashed, but they are not the threat to the presence of Jews in America, nor can they threaten Israel. First and foremost, the leftist-Islamist alliance’s design is the destruction of Israel.

Readers Write: We need to help our homeless veterans
Next Article 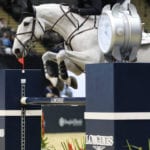