Bertram Drachtman’s letter in the issue of Feb. 15 does us all a service by laying out some of the elements that must be considered in discussions of the various proposals for universal health care coverage.

However, although he cites the various components of the nation’s total expenditures for healthcare and mentions some of the financial considerations, he doesn’t delve into the details in a way that would enable readers — or, for that matter, the legislators and others who have to determine policy — to understand fully the ramifications of such proposals as Medicare for All.

What is fairly well known, as Drachtman points out, is the current level of Medicare spending — $702 billion, or 15 percent of the total federal budget, in 2017, and he lists the various parts of the Medicare system in meeting its responsibilities to its beneficiaries.

However, he doesn’t incorporate in his letter the additional expenditures by other payers, such as healthcare insurance coverage by businesses as an employee benefit, private insurance, or out-of-pocket payments by individual payments.

At least as important to know as the amount of annual outlays, though, is the aggregate source of financing.  It would be important to know, for example, the total of annual Medicare premiums deducted from monthly social security benefits; total premiums paid by businesses for their employees; how much individuals pay for their private health insurance policies; and how much is covered by federal, state, and local governments out of tax revenues for Medicaid and similar programs for products and services provided to those who are otherwise unable to pay the costs.

It has been widely reported that a Medicare for All program would cost an estimated $32 trillion over the course of a decade — an enormous amount intended by at least some of the authors of that estimate to strike fear into the hearts of readers and encourage political opposition.

To the best of my knowledge, however, those numbers fail to take into account the amounts already paid into the current system, and how much of that would be eliminated in a single-payer approach.

For instance, how much would be saved by employers that would no longer need to provide coverage as an employee benefit — and how could it then be ensured that the beneficiaries of those savings would be the employees (in the form of higher wages) or American consumers (who’d see reduced prices across the entire economy) rather than simply added to profits?

What might be the savings to the entire healthcare system if health insurance companies were to become paying agents for the government organizations rather than each maintaining its own marketing and sales departments in order to compete for the profitable corporate clients?

And how much of the fearsome $32 trillion estimate is, in fact, already covered under the existing system of Medicare and Medicaid and is thus duplicative rather than representative of additional government spending and hence suggesting higher taxes?

I readily confess that I have no answers to those questions.  In fact, I actually tried, about a year ago, to find those factors and ran up against several dead ends.

But it seems to me that, when our elected representatives decide eventually to give serious thought to the future of America’s healthcare policy in full recognition that just about every other industrial nation offers comprehensive healthcare to its residents, it behooves the legislatures at every relevant level to dig out those details and fully inform the general public of the potential costs, revenues, and net changes to the tax system that would be entailed. 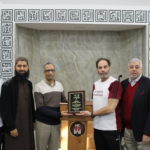