Civility starts at the top and it should come from the President of the United States. It must also be understood that the Democrats are not the enemy of the Republicans. They are the opponent.

The enemy of the United States is Russia.

Let’s now get personal. Donald Trump is the star of both the Heritage Foundation and the Federalist Society.

They both are hungry to feed him whatever they want him to say. Trump is their puppet and they keep pulling his strings. You can see the gyrations of his hands as his mouth moves, but it is near impossible to actually see the control they exert over him.

The words he utters shows how much of a dummy he really is. But Trump is no ordinary ventriloquist dummy.

His words are totally synchronized to his mouth’s movement. He is at the top of the list as the greatest dummy of our time.

Trump is old enough to know about Howdy Doody, who he has overtaken as the previous all-time champ. Perhaps the letter U should be substituted for the letter A in the final word of the last sentence.

You might ask who was Howdy Doody? Check it out on Google.

Many years ago, a songwriter apparently was wise enough to see into the future when the song he wrote ended with the following lines:

“If you say you love me madly,

I’ll gladly be there

Trump, as president of the United States, is supposed to do what’s best for the majority of the people; not only for the privileged few.

But most of Trump supporters, especially those who are die-hard supporters but not of the privileged few, forget one basic thing.

Trump is, for sure, one of the privileged few. He is worth billions, so he says.

How much are you worth? Yep! He certainly can relate to all of you.

Trump supporters. Listen carefully. He is having so much fun making sure you all believe him. To him, it’s nothing more than a joke. For all of you, his supporters, laugh, unless you finally realize that the joke is on you. 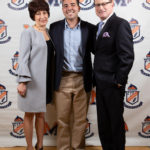