The Trump administration has been much tougher on Russia than the previous one, election interference notwithstanding.

Trump recognizes that Russia interfered and has said so at least four times.

No one thinks it affected the election. But the president is understandably peeved at the Mueller investigation, directed against him, that has proceeded for a year and a half with nothing to show except peripheral process charges against minor players, and unenforceable indictments against Russian nationals.

With 14 Democrat prosecutors, the investigation has taken on the aspects of a silent coup attempt to overturn a valid election whose results offended them.

On policy, it was the Obama administration that was soft on Russia and Trump has been correcting that.

Obama visited Moscow in 2009 and, pursuant to Russian fury at a U.S. missile defense system in Poland and the Czech Republic, he abandoned it.

The president took the gloves off against Putin’s puppet, Syrian dictator Bashar Assad. Unlike Obama, Trump backed up American “tough talk” when Assad used chemical weapons against his own people in the Syrian city of Khan Shaykhun last year.

U.S. forces launched a total of 59 Tomahawk missiles at Shayrat Airbase in Syria in response, destroying approximately 20 percent of the Assad regime’s airpower in the process.

And Assad wasn’t let off for his recent use of chemical weapons in the Syrian city of Douma. In a coordinated effort with Britain and France, the United States launched strikes on three Syrian regime sites.

Additionally, the Trump administration offered no apologies or condolences after a deadly recent clash with Russian mercenaries.

In a major escalation, United States military forces, backed by AC-130s and Apache attack helicopters, obliterated more than 300 Kremlin guns-for-hire near the Syrian city of Dier al-Zor in the most lethal encounter between American and Russian forces since the Cold War.

In response to Russia’s poisoning one of its ex-spies in Britain, Trump worked in tandem with Britain and our European allies.

He kicked 60 Russian intelligence officers out of the U.S. and closed the Russian Consulate in Seattle.

Throughout his presidency, President Trump has taken a more aggressive posture against Moscow than Obama.

Don’t expect his administration to let up. Unlike President Obama, President Trump has learned that only bold and decisive actions, not talk or meaningless red lines, will deter Russian aggression. 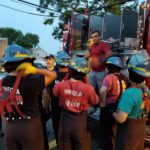 Readers Write: Cuomo, Murphy need to come up with money for Gateway Tunnel