Kudos to Muriel and Leo Pfeifer for their unending crusade for better local government. Their letter in last week’s Great Neck News pointed out Mayor Jean Celender’s abuse of power as well as the TEP project’s folly, which has led to congestion, inconvenience, and danger to Great Neck residents.

As I chanced to drive by the main post office a few days ago, I thought I might re-evaluate my opinion of Celendar. What I saw were freshly painted white lines on the street. I think it is always good to clearly demarcate lines in the middle of the street as well as lines indicating where one can park one’s car. And then reality set in.

I also saw newly painted silhouettes of a bicycle indicating a bicycle path. Now that’s odd, I thought. I wondered if the mayor had done an environmental impact study which proved conclusively that there were many bike riders living in the area, hence the necessity for said paths. Upon further reflection, I realized that in 20 years as a Great Neck resident I never once saw anyone riding a bike within blocks of the post office. In the interest of transparency, I have seen senior citizens using canes and walkers, but couldn’t imagine how these newly created paths would help these folk.

So, I continue to wonder if there is some someone who can challenge and defeat our good mayor. By her many victories, she has proven herself to be a consummate politician, but not one who cares about her constituents. 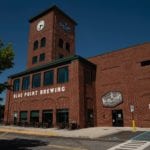 Grab a drink at these Long Island breweries this summer