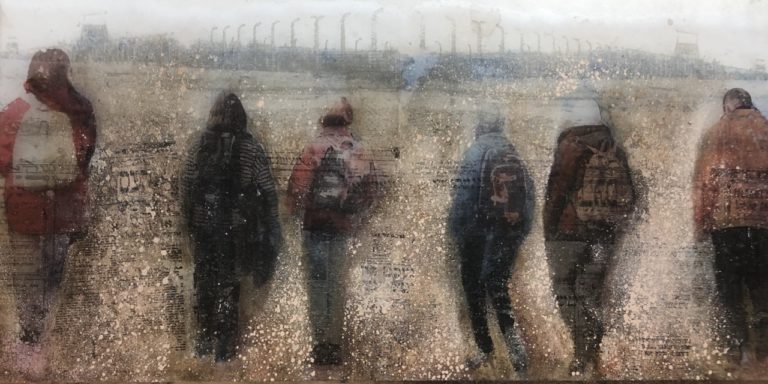 Andrew Malekoff’s Dec. 2021 “The Back Road,” cited truth and education, contending some things cannot be sanitized.

His prescient brief stated that during WWII French collaborators helped German Nazis impose the forced roundups of French Jews that deposited them at the Paris Vélodrome d’Hiver staging area. Jews were then transported to concentration, work and death camps.

Nazis operated over 1000 staging areas and camps and had numerous collaborators in all occupied territories that included existing Nazi and nationalist parties in those countries. This was how they efficiently rounded up Jews right after conquests, putting into place the industrialized mass death known as the Holocaust that murdered 6 million Jews.

Roundups were well organized, conducted in the early hours and all hours, under the watchful eyes of French citizens. Nazis and collaborators often destroyed vacated Jewish property, houses and synagogues.

The entire Jewish portion of Marseilles was torched the day of the roundups. In occupied countries, Jews were stringently stripped of citizenship and possessions. The lack of official citizenship and often paperwork caused problems for Jews trying to enter countries for refuge because they were considered stateless, often a basis to deny entry.

The ultimate goal was to wipe Jews off the face of the earth. Considering the effort and machinery involved, there was no lack of collaboration.

When Nazi Germany conquered a country, existing ultra-nationalist and Nazi parties were a base of support, tapped for research, propaganda, police, population control, the army and political leadership.

For example, the Croatian Nazi party in addition to helping round up and exterminate Jews, undertook a program of eliminating all potential opposition to their particularly evil nationalist world view, and built on historical hatreds that resulted in the murder of over 500,000 civilian Serbs, which in the 1990s became a justification for the brutal Serbia/Yugoslavia wars.

The pattern was set for Brittan and the U.S. British collaborators compiled and updated lists of Jews and individuals deemed enemies to be immediately rounded up and executed upon conquest. Lists were being compiled of U.S. citizens in preparation for an invasion of the U.S., as well.

If anyone questions whether scores of Nazi sympathizers existed in the U.S., online can be viewed the chilling photographs and video of a Nazi convention at Madison Square Garden in 1939.

To see how this played out, 20,000 were decked out in full regalia. On stage were Nazi flags, American flags and a large mural of George Washington. The rally opened to the “Pledge of Allegiance,” Nazi salutes, children marching in, an orchestra, and appeals to “American patriots,” rants about “the Jewish-controlled press.”

And “Wake up! You, Aryan, Nordic and Christians, to demand that our government be returned to the people who founded it!” The rally ended with the “Star-Spangled Banner.” Nazis marched in U.S. cities, leading citizens and industrialists supported Hitler. Events like this played out in countries across Europe leading up to WWII.
https://www.npr.org/sections/codeswitch/2019/02/20/695941323/when-nazis-took-manhattan

Sound familiar? Close to home, the 2017 aggressive rant “Jews, will not replace us!” of hundreds brandishing torches in Charlottesville comes to mind. Attacks on people, synagogues, and vandalizing property are ongoing. On the world stage, countries, terror organizations, and anti-Semites are devoted to killing Jews and wiping Israel off the face of the earth.

Many think the likes of Nazism and fascism are impossible today or just historical relics. In truth, they are terribly banal, simple poisonous ideologies are a way to give life importance and meaning. And ardent appeals to nationalism and patriotism rallies the basest instincts and emotions, and our highest principles.

One of Faulkner’s characters put it this way, “The past is never dead. It’s not even past.”
If this is confusing, it certainly can be and makes us human. Education is key, it cannot be sanitized or whitewashed.

Beyond the gates of Hell
trainloads crammed full of Jews arrived,
one after another without pause,
minus compassion and humanity.

Nazis and their collaborators pivoted on heels
and efficiently split each life like cordwood.
Bodies piled high and were tossed into ovens.
Smoke filled the air and the ashes and remains
were dumped into large holes or on the ground.

There was no letup to the terror and murder.
The whole place reeked of death,
a verifiable cauldron of evil.
It cannot be sanitized, ever.
At last, we understand.

Stephen Cipot
Art by Francine Mayran, artist, psychiatrist, expert at the Council of Europe on the Holocaust and genocide. Artworks: They were called Jacob and Leah; Students visiting Auschwitz in 2020