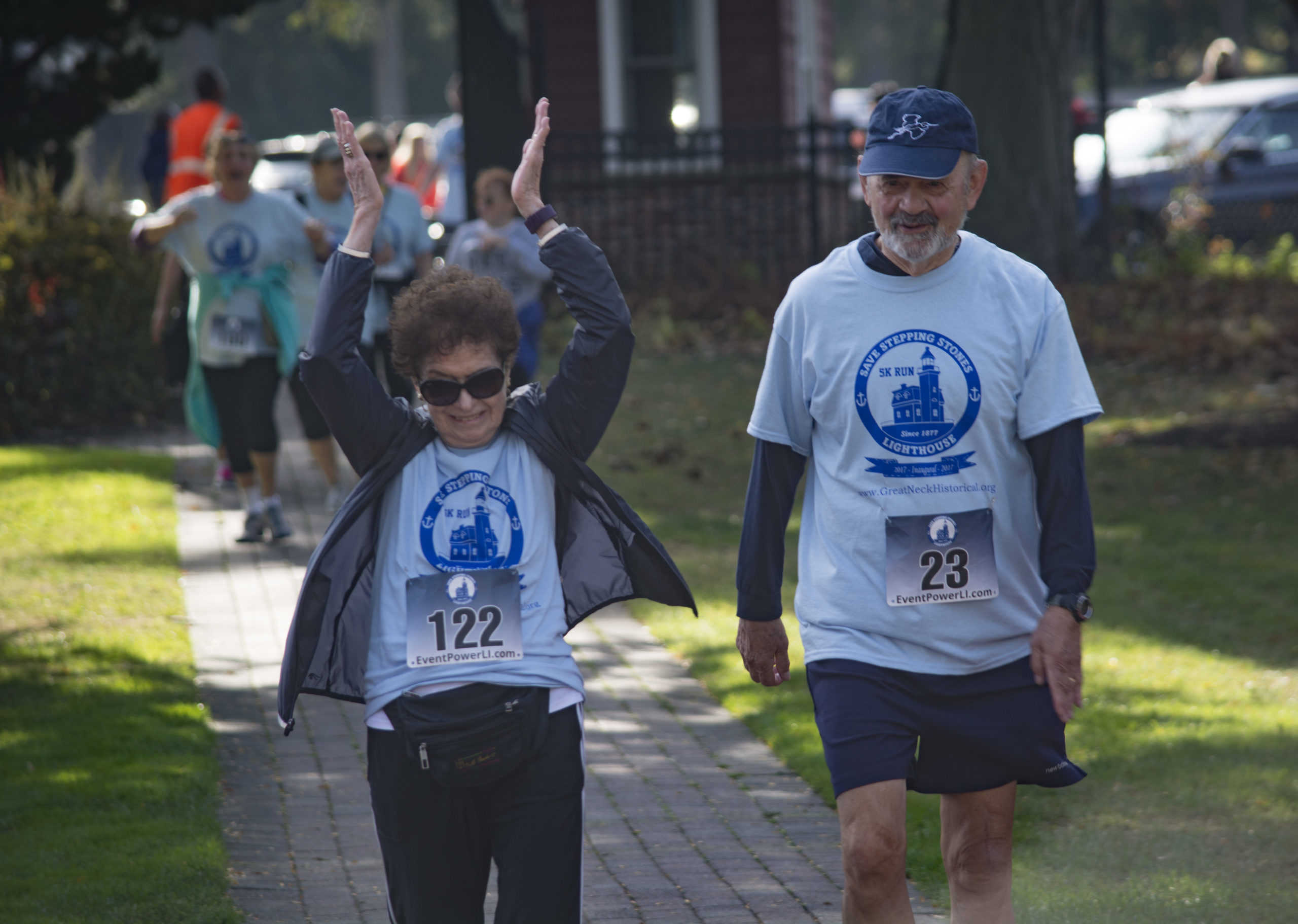 James Chow, a resident of Great Neck, has been interested in sailing for a long time. He has been working on his boat and waiting for an opportunity to venture out to Long Island Sound, he said.

So when his neighbor Ron Gimondo, the principal of John F. Kennedy Elementary School, told him about a race to support the Stepping Stones Lighthouse, Chow said he decided to walk to help raise funds for it.

“The lighthouse, historically, is a very important part of boating,” Chow, 53, said after the race on Sunday. “I also came out to support the school, JFK, that my neighbor is the principal of… [and to] come out and support the community.”

Chow was one of the nearly 200 participants in the first 5K for the Stepping Stones Lighthouse, which aimed to raise funds and awareness for the lighthouse overlooking Long Island Sound.

The event attracted a variety of people, ranging from children darting about the course and a girl carrying a cat through the walk, to residents in their 80s.

While most lighthouse race attendees were from Great Neck, many also came from places like New Hyde Park, Garden City, Port Washington, Floral Park and Manhasset.

Nancy Allen, 60, a resident of Port Washington, said she walked because she had a connection to the area. Her ancestors had a stake in the local Grist Mill in Saddle Rock, she said, and seeing the lighthouse, another historical landmark for Great Neck, progress was very encouraging.

“I was thrilled to see such a wonderful, happy turnout on such a gorgeous day,” Allen, a member of the Great Neck Historical Society, said. “I just wish there was more. Next year there hopefully will be more.”

Robert Lincoln, the chairperson of the Great Neck Historical Society’s lighthouse restoration committee, said there has been significant progress with the lighthouse.

Not only are there goals to set up a dock there in the spring, he said, but more people are learning about Stepping Stones.

“I think the lighthouse is becoming more important as people are learning that it’s there. A lot of people didn’t even know that it was there,” Lincoln said. “It’s an icon. It’s not just an aid for navigation, but it’s a center of a lot of pieces of history.”

Alice Kasten, president of the Great Neck Historical Society, said she hopes the group can build off this race and make it better next year.

As for Chow, when asked how he might convince a neighbor to attend, he said the lighthouse race had many benefits.

The top three racers in divisions based on age and gender received a medal and cookies for their efforts.

The fastest finisher was Theo Chang of Great Neck, who completed the 5K in 20 minutes and three seconds. Ron Hahitti and David Dillmeier took second and third place, respectively, coming in just a few seconds after 21 minutes.

A date for next year’s lighthouse race has not yet been set. 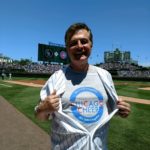 Former Port man cheers the Cubs through song
Next Article 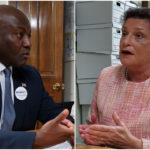