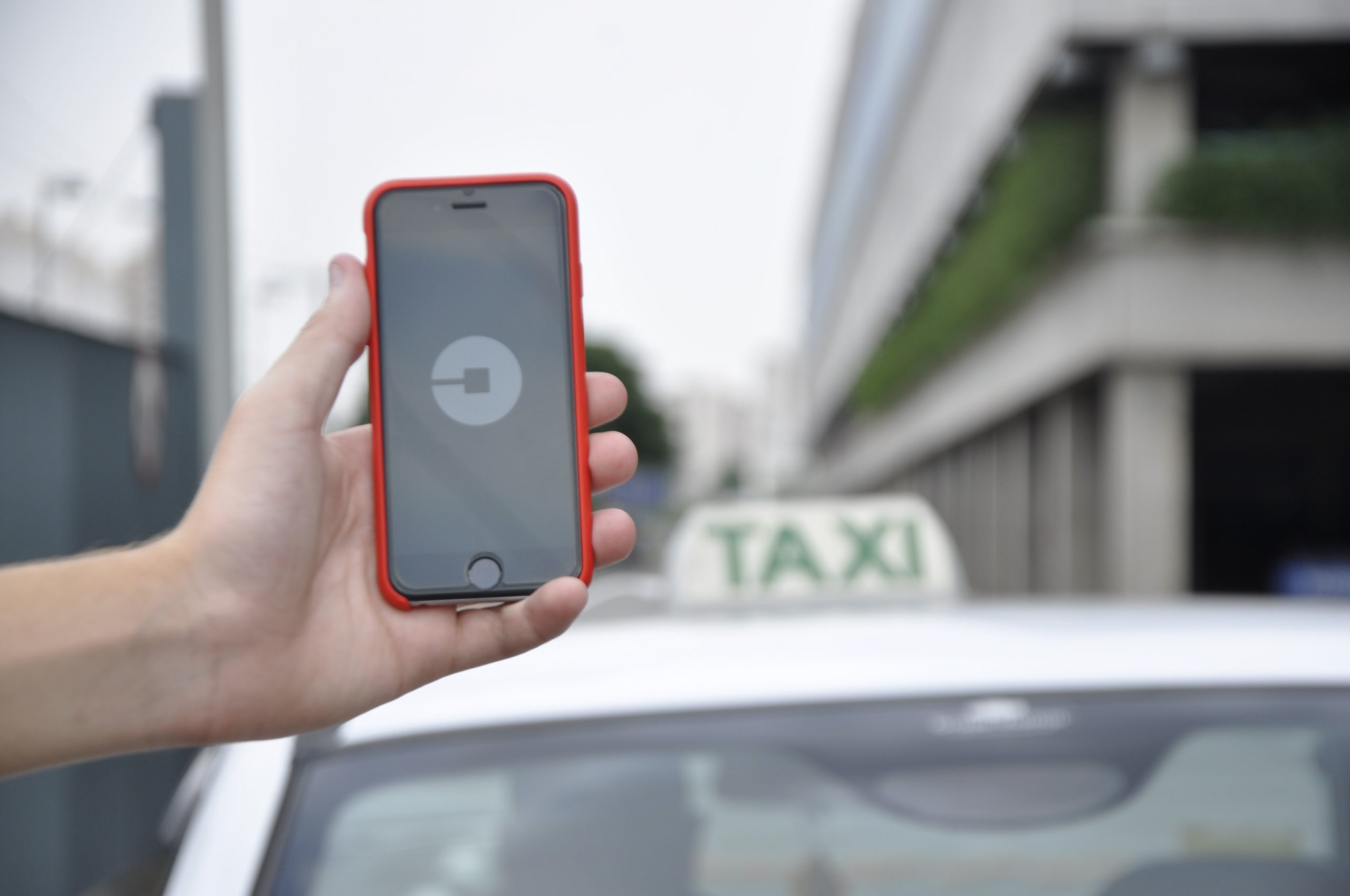 Ridesharing companies such as Uber and Lyft will likely be allowed to operate in Nassau County starting Thursday. (Photo by Núcleo Editorial via Flickr)

Ride-hailing services like Uber and Lyft will likely be able to operate legally in Nassau County starting Thursday, officials said.

A state law allowing the services, which let users hail a car using a smartphone, to operate outside New York City will take effect that day. Nassau could have opted out of the law, but no legislation had been submitted to the county Legislature to do so as of Tuesday, said Brian Nevin, a spokesman for County Executive Edward Mangano.

The state law, approved in April, requires ride-hailing companies to register with the state Department of Motor Vehicles. The companies must conduct criminal background checks for each driver and carry liability insurance for drivers when passengers are being driven.

New York City, which regulates these companies through its Taxi & Limousine Commission, is exempt from the regulations.

The law allows Nassau, Suffolk and Westchester counties, along with the cities of Buffalo, Rochester, Syracuse and Yonkers, to opt out at any time and bar ride-hailing services from operating within their limits. Suffolk County said this month that it will not opt out.

The state law will likely take effect in Nassau despite a push from local taxi companies to block it. Last Monday, the county’s Taxi and Limousine Commission recommended opting out and incorporating ride-hailing companies into Nassau’s existing regulatory framework by inviting them to operate as traditional black-car services.

George Maragos, the Democratic county comptroller who is running for county executive, endorsed that position.

Larry Blessinger, the chairman of Nassau’s Taxi & Limousine Board who also owns local taxi companies, said the state law runs the risk of letting criminal drivers slip through the cracks because they will not be fingerprinted like traditional cab drivers.

Westchester County Executive Rob Astorino announced an initiative on Tuesday that will allow ride-hailing drivers to volunteer for fingerprinted background checks and get a seal to display on their cars if they pass.

“It’s the legislators’ job to make sure that the residents of Nassau County are protected, and as you can see they have not done that because they have chosen not to opt out,” Blessinger said.

But ride-hailing companies and officials who support them say they provide affordable transportation options to residents and have the potential to boost the local economy.

County Legislator Laura Curran, another Democratic county executive candidate, said it is “heartening that business as usual, and standing with special interests over our residents, did not win the day.”

“With nearly 80% of suburban voters supporting ride-sharing and nearly 18,000 Nassau County residents who have signed up to earn money driving with Uber, we can’t wait to bring reliable, affordable transportation options to Nassau County this week,” Danielle Filson, a spokeswoman for Uber, said in a statement Tuesday.

Former state Sen. Jack Martins, the Republican county executive candidate, had pushed the state Legislature to attach a 50-cent surcharge to rides in Nassau that would fund the  Nassau Inter-County Express bus service, which has seen service cuts this year due to a lack of funds.

State Sen. Kemp Hannon (R-Garden City) sponsored a bill to do so, but the legislative session ended without it passing.

“Now that Nassau County has approved ride sharing I look forward to fighting to ensure there is a dedicated fund to preserve NICE bus service,” Martins said in a statement.