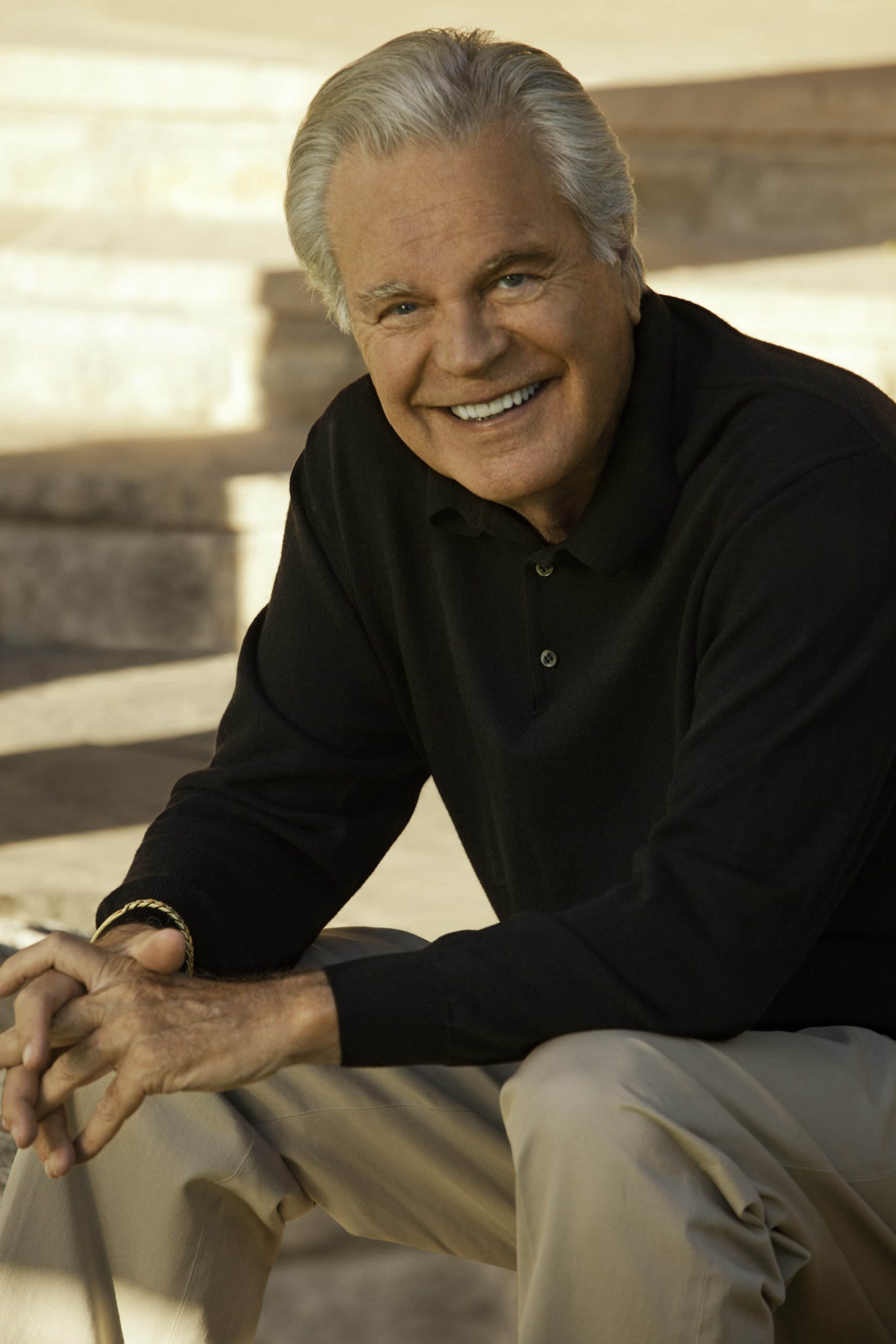 The 8th Annual Gold Coast International Film Festival premieres on Nov. 2, but not before a special event that toasts the Golden Age of Hollywood.

The Gold Coast Arts Center’s Oct. 24 benefit, Gala 2018! The Stars Come Out!, pays tribute to a screen legend in order to preserve his or her legacy for future generations of filmgoers.

Selected by the Gold Coast Arts Center and a committee of actors and entertainers, the chosen artist is presented with the Burton Moss Hollywood Golden Era Award.

The recipient of the 2018 Burton Moss Golden Era Award is renowned film and television actor Robert Wagner, whose career has spanned nearly 70 years.

“It’s wonderful to be acknowledged,” Wagner said upon arriving in New York for the celebration. “It’s really a very special award for me… To be in (Hayworth’s) company is indeed a big honor.”

The award is named after the Hollywood agent and talent manager Burton Moss, who turned actors into stars of the big and small screens from the 1960s to the ‘80s.

“Burton Moss and I went to grammar school together,” he said.  “We sat next to each other at a school called Fairburn Avenue in West Los Angeles.”

And in the years that followed, the two shared more than just a schoolroom, as they each pursued their dreams of making it in the movie business.

While Moss worked as a busboy at a café on the Fox studio lot and then at the MGM gas station, servicing cars for people like Gene Kelly and Judy Garland, Wagner golf caddied for Clark Gable at the Bel Air Country Club.

The two eventually made their marks in the entertainment world – Moss behind the scenes and Wagner on screen – making this award night particularly nostalgic for Wagner since Moss will attend to help present the honor and film historian Foster Hirsch will moderate a discussion about his storied career.

We asked the venerable actor our own questions about his impressive body of work, which mirrors the evolution of Hollywood, and the people he met along the way who played key roles in his success.

Although Wagner was an uncredited extra in one of his first films, “The Happy Years” (1950), this job gave him his start in the film world.

“It was directed by William Wellmen,” he said. “He knew I wanted to be in the picture business and he put me in it so I could get my Screen Actors Guild card and have a few close-ups.”

After making the rounds of auditions at all the major film studios, Wagner made the cut at 20th Century Fox when he was still just a teenager. 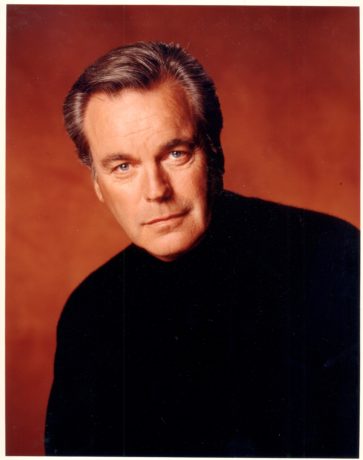 “This wonderful drama coach called Helena Sorell… she saw something in me that would be of value to the studio (so) they signed me at 20th Century Fox. I was there for 12 years,” he said.

“I was so excited,” Wagner recalls.  “I couldn’t believe it. I was all over that studio trying to learn everything I could about the motion picture business… it was a tremendous opportunity.”

Wagner performed in a number of war films during these post-WWII years, making the Burton Moss Award particularly fitting given that it is designed by artist Edwina Sandys, a grandchild of Winston Churchill, yet it was a western that he credits for catapulting his acting career at this time.

“I was just up at the Long Pine Film Festival and they ran ‘Broken Lance’ (1954), which is a picture that I did with Spencer Tracy,” Wagner said.  “It was quite emotional because that picture really put my whole career in a different direction.”

Tracy was so fond of Wagner from this film that he managed to pull him away from Fox to Paramount Studios to make a second movie with him entitled “The Mountain” (1956).

“Spencer Tracy gave me co-star billing above the title with him,” Wagner said. “We made it in Europe – it was the first time I went to Europe. That film really changed my whole life.”

20th Century Fox released its own Wagner film the same year that not only cemented his leading man status, but forged two more relationships that propelled his career.  The film was “A Kiss Before Dying” with co-star Joanne Woodward, wife of the late actor Paul Newman.

By this time, television had entered its Golden Age and Wagner continued to ride the tide.

“Going into the ‘70s, that’s when I was under contract to Universal and Lew Wasserman, who had been my agent, was now the head of the studio. I went into his office one day and he said, ‘I want you to be in this magazine every week,’ and he pulled out TV Guide, saying ‘I think this is the medium for you.’”

Wasserman had read a television script that was written for Wagner called “It Takes a Thief” (1968-70). Although ABC initially passed on the pilot, they bought the series once they saw the movie version.

“Suddenly I was on television,” Wagner said.  “I thought maybe this was the end of my career.  Well, it wasn’t.  The show was a big hit.”

Wagner asked Fred Astaire to play his father in the series that was filmed in Europe and earned him an Emmy nomination for his role as Alexander Mundy.

After starring in the BBC series “Colditz” (1972-74) and then “Switch” (1975-78), which co-starred Eddie Albert and gave actress Sharon Gless her big break, Wagner began to work with Aaron Spelling, the producer behind many hit television series of the ‘70s, ‘80s and ‘90s.

“Aaron was an actor I had known,” he said. “I met him through Dick Powell.  He was a wonderful man and with Leonard (Goldberg), that combination worked really well.”

Spelling and Goldberg would produce Wagner’s next series, “Hart to Hart” (1979-84), about a wealthy couple of amateur detectives that was written by Tom Mankiewicz and co-starred Stefanie Powers. 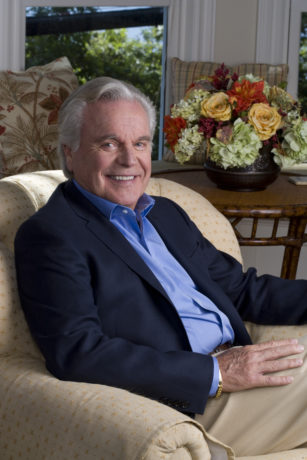 “Tom and I both wanted Stefanie from the very beginning,” Wagner said. “I had worked with her on ‘Switch’… and I felt she was the person to play Jennifer Hart. We held out for it and we got her.”

The chemistry obviously worked because the series lasted for five seasons and has aired in 87 countries.

Jonathan Hart wasn’t the first or the last worldly character Wagner would play.

He would go on to do another Pink Panther film, “Curse of the Pink Panther” (1983), made 20 years after the popular original, and star alongside Audrey Hepburn in “Love Among Thieves” (1987) and Jaclyn Smith in “Windmills of the Gods” (1988), a mini-series based on the Sidney Sheldon novel.

In more recent years, Wagner starred in the “Austin Powers” trilogy (‘97, ‘99, ‘02) as Dr. Evil’s henchman, Number Two, another role written for him – this time by “Saturday Night Live” alum Mike Myers, who Wagner met while making a guest appearance on the late night show.

“We hit it off,” Wagner said after performing in a few of Myers’ skits. “We had a lot of fun together and when he started to write ‘Austin Powers,’ he wrote Number Two for me… I read the script and I thought, ‘Oh my God, this is a great character.’ It opened up a whole new fan base for me.”

Wagner guest starred with his current wife, Jill St. John, in the famous “Yada, Yada” episode of “Seinfeld,” and has had recurring roles on “Two and a Half Men” and the current TV drama, “NCIS.”

Among his many accomplishments, Wagner is also a published author of three books, his autobiography, “Pieces of My Heart: A Life” (2008), “You Must Remember This: The Life and Style of Hollywood’s Golden Age” (2014) and “I Loved Her in the Movies: Memories of Hollywood’s Legendary Actresses” (2016), all written with co-author and book reviewer Scott Eyman.

In his most recent book, Wagner writes about leading ladies who created magic on the screen, including two of the actresses he married, the late Natalie Wood and St. John.

“I always thought that Natalie was a God-given talent because she had such a range and she did so many marvelous films,” Wagner said.  “She was a wonderful actress and people loved her… she was just one of the most special people in the world.”

While they made a few movies together, Wagner said his greatest collaboration with Wood was their marriages.  “I fell madly and passionately in love with her,” he said. “Fortunately, we got back together and we were married twice… It was a relationship that just was so special.”

Now, three leading ladies in Wagner’s current life – his wife of 28 years, St. John, his youngest daughter Courtney from his marriage with Wood, and his former co-star and close friend, Gless, will join him as he accepts the Burton Moss Hollywood Golden Era Award at the Gold Coast Arts Center in Great Neck.

Looking back, Wagner attributes much of his success to luck, but it has clearly been a combination of talent, charisma and camaraderie with industry colleagues that has made him a Hollywood treasure.

For more information about the Gold Arts Center and the Gold Coast International Film Festival, go to www.goldcoastarts.org. 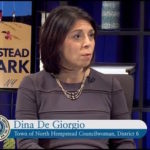