Advocates for people held in the Nassau County jail gathered outside of the facility last Thursday to demand more transparency, accountability and safety measures, as well as the release of incarcerated people who are particularly vulnerable to COVID-19.

The action was brought about by the organizations that make up the Long Island Social Justice Action Network. The network is calling for daily updates from Nassau County Executive Laura Curran on the number of coronavirus cases in the jail, daily updates on the sheriff’s website, greater availability of personal protective equipment inside the facility, more targeted testing inside the facility and continued release of medically vulnerable people.

Incarcerated populations across the U.S. are particularly hard hit by the coronavirus pandemic, experts say. Thousands of inmates have been released at the state and federal level as a result.

Of the 612 people incarcerated in the Nassau County jail as of Thursday, 179 people had been tested and 57 tested positive, Nassau County Sheriff James Dzurenda told Newsday. Forty-seven have recovered, eight have been discharged and two remain incarcerated.

Ninety-seven staff members have tested positive, and most have recovered, according to Dzurenda.

“What we’re calling for is, if there are close to 500, 600, 700 people incarcerated, that testing be given to everyone,” said Serena Liguori, executive director of New Hour for Women and Children–Long Island, an organization that provides support to women and children during and after incarceration. “I would imagine that since most of the folks are in the jail for short periods of time, that it would be really important for them to leave that facility knowing whether or not they are infected. So we’re really calling for testing to be much broader, to protect the general public as well as the inmates and the officers.”

Workers and incarcerated people cycle through the jail regularly, Liguori said, and therefore not providing widespread testing endangers those inside the facility as well as the community outside.

“We’re looking at two pieces here,” said Susan Gottehrer, director of the Nassau County chapter of the American Civil Liberties Union. “One is, please lower the number of people in the jails as much as you possibly can. And second, take a look and be transparent about the procedures that you have going on for the people in there. The less people you have in there, the less this is going to spread.”

The Nassau chapter of the ACLU has held car rallies as well as virtual Zoom rallies and news conferences to advocate for the release of vulnerable incarcerated people as well as more accountability and transparency on the part of the county. At the state level, the ACLU is fighting to end solitary confinement across the board, as well as for greater protective measures within jails and prisons during the coronavirus crisis.

Dzurenda has put out messages outlining increased safety measures, such as providing personal protective equipment and cleaning the facility. These are not sufficient to keep those within and outside of the facility safe, however, Gottehrer said.

She said that this is not necessarily a shortcoming on the part of the sheriff, who has been responsive to the group’s concerns.

“The county needs to have safety plans in place for nursing homes, jails, workplaces, and they apparently don’t have any,” she commented. “And that’s a part of governing.”

Efforts to reach Curran were unavailing.

Advocates are also calling for families to be notified immediately if their loved one is taken to the hospital after showing COVID-19 symptoms.

When someone in the Nassau County jail who has tested positive is transferred to a hospital, the family is not notified until the person is officially admitted to the hospital, according to Gottehrer.

“If family members have to wait to find out until their loved one is admitted, then it might be too late, because their loved one might have already been intubated,” she said.

New Hour is part of the Justice for Women COVID-19 Task Force, a group of “women, mothers, academics, religious and non-profit leaders, health care providers and formerly incarcerated advocates” across the state fighting for the release of pregnant women, elderly women and men and anyone who is medically vulnerable, according to an open letter that the task force addressed to Gov. Andrew Cuomo and New York City Mayor Bill de Blasio.

As a result of their organizing, Cuomo allowed the release of six pregnant women who were within six months of their release in state prison, according to Liguori.

“We would really like to see that kind of relief being provided to men and women in the [Nassau] jail, because most of the folks who are in jail are serving smaller sentences, 80 to 90 percent are there for nonviolent offenses, and it’s just safer for all of us for them to be home rather than in a highly populated environment where they may not be able to social distance, and they may not be able to receive the medical care they need if they have an underlying medical condition,” she said.

“These women are already highly vulnerable and have been victimized even before their incarceration,” she said.

“So if you’re a mother sitting in the jail, you’re unable to see your children because there is no contact visiting any longer, and you may be isolated if you are showing signs of COVID— for all of us it is hard to be isolated, but for somebody who may have a mental illness, being put in isolation for 14 days may have really dire, life-threatening consequences,” Liguori explained. “So we’re calling for increased mental health support, which is so needed. We all know what the impact of isolation feels like at this point.”

“Keep-lock is not a good solution,” said Liguori. “Putting someone in a cell for 21, 22, 23 hours a day, by United Nations standards, is considered torture after 15 days.”

“Keep-lock means that they get to say that they don’t do solitary confinement. But keeping people in their jail cells for an extended period of time is the same thing. And our response to that is that keep-lock is not a medical plan. It’s inhumane, it goes against human rights laws,” Gottehrer said.

“And while we know quarantine lasts 14 days, there should be added mental health support so that everyone who is being quarantined understands what that process is, and is being communicated to about what to expect during that time,” Liguori said.

The county has not yet responded to the the action network’s call to action.

“I would imagine that the county executive, [who’s] been forthcoming about the hard work that they’ve been doing to keep the community safe, will consider this and take this seriously,” commented Liguori. “We also know that the new sheriff of the Nassau jail is very committed to creating support for both the officers and the inmates there. So we’re hopeful that there will be a step taken in the right direction.” 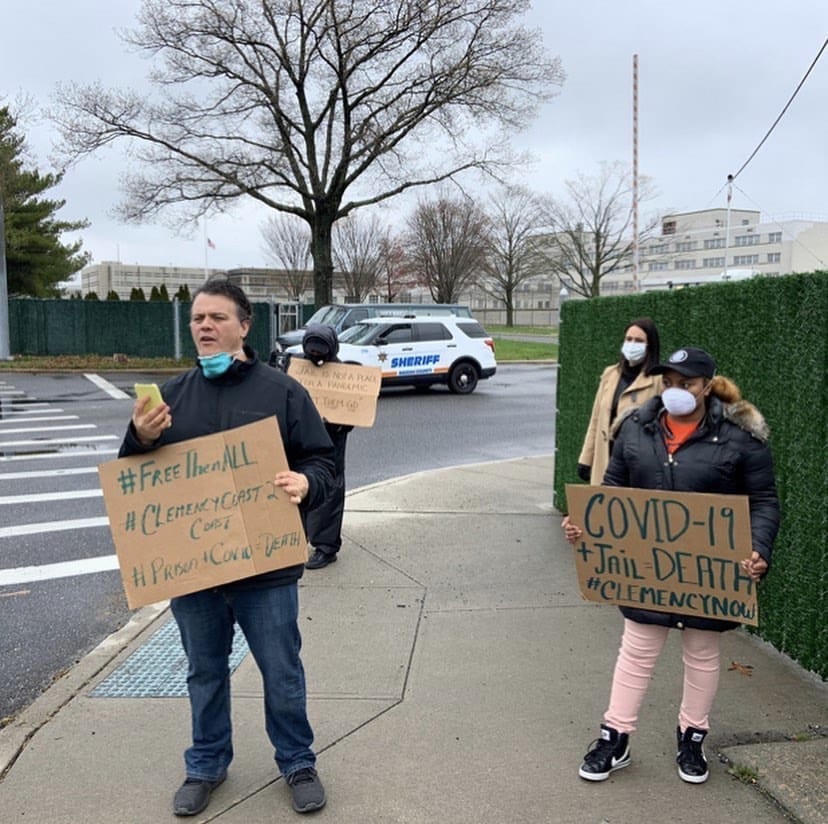 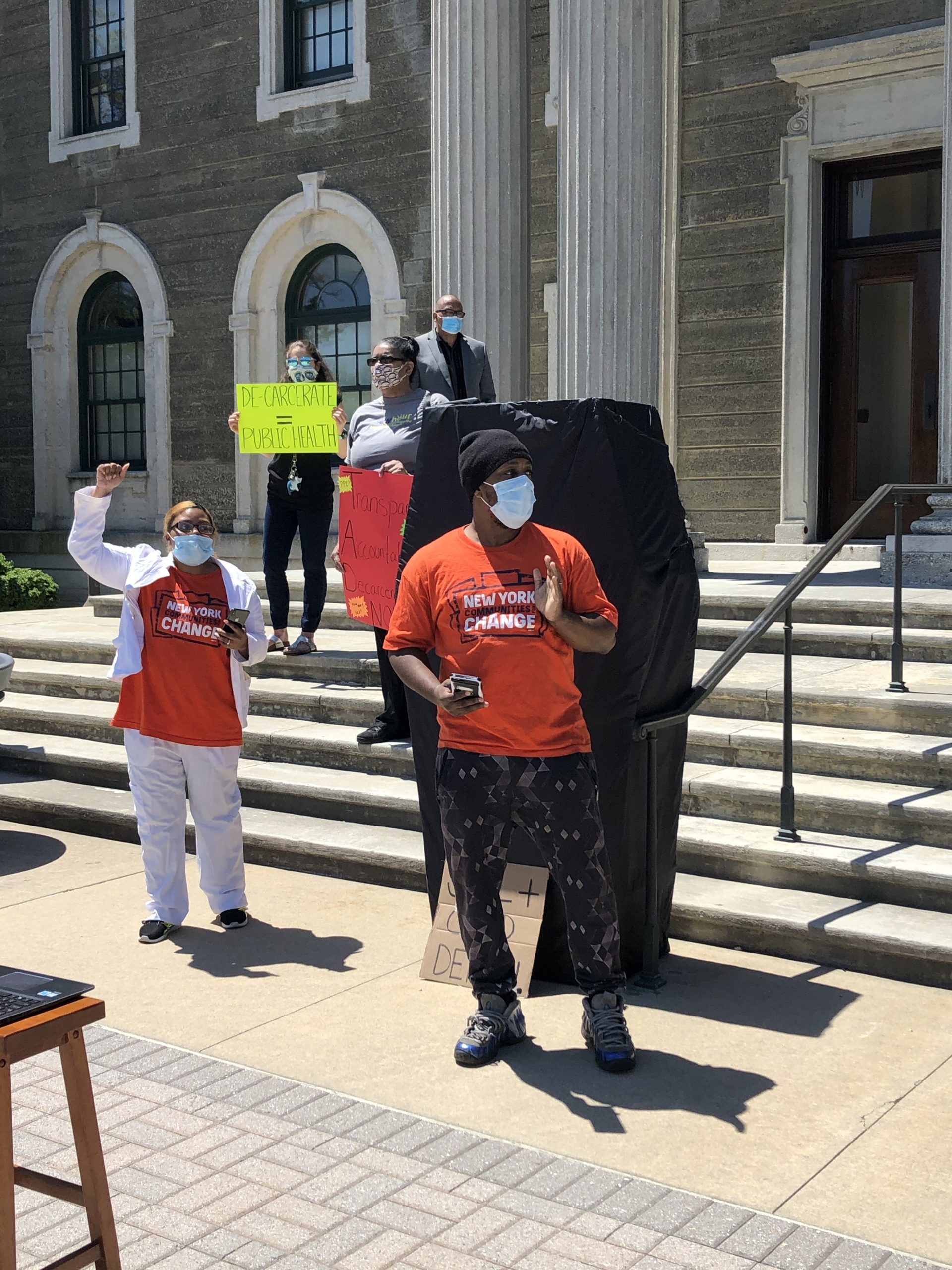