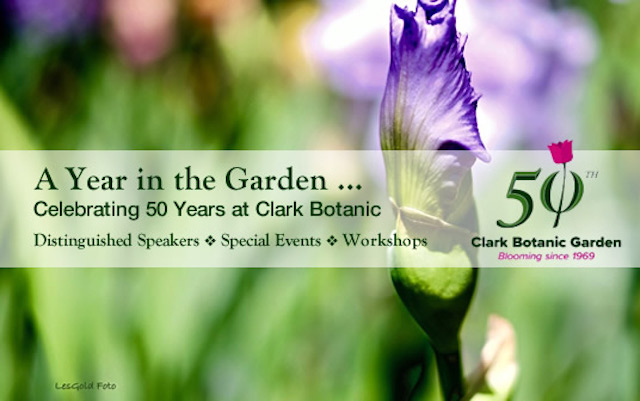 The Town of North Hempstead’s Clark Botanic Garden will be celebrating a major milestone in 2019 — the 50th anniversary of the 12-acre botanic garden — and plans to commemorate the occasion are already beginning to blossom.

The Town of North Hempstead acquired the park in 1989 with a conservation easement, which legally obligated the Town to conduct the garden as a botanic garden, as distinguished from a park, and to fulfill its purpose of practicing horticulture and horticultural education. Clark Botanic Garden is now part of the Town’s parks system.

To help commemorate the landmark anniversary, the Town has formed a committee to begin brain-storming ideas for celebratory events, workshops and special guest lecturers. The committee consists of members of the Garden’s non-profit organization, the Fanny Dwight Clark Memorial Garden, Inc., Town horticulturist Bonnie Klein, Parks Commissioner Jill Weber and other members of the Town’s Parks and Recreation staff.

“It is with great anticipation that we have begun to plan the 50th anniversary of our much-loved Clark Botanic Garden,” said Town of North Hempstead Supervisor Judi Bosworth. “Whether you are a master gardener, or someone who just likes to stop and smell the roses, there will be a multitude of opportunities to learn about and enjoy our botanical paradise right here in North Hempstead.”

The 50th anniversary motto will be “Blooming for 50 Years.”

Events planned include a “Sundays in the Garden” lecture series, featuring experts in the field of horticulture and garden design, including Jessica Damiano, Newsday’s garden columnist; Vincent Simeone, director of the Planting Fields Arboretum; and Nelson Sterner,director of the Bayard Cutting Arboretum.

Throughout the summer months there will weekly concerts in the garden, as well as evening tours and other special events. For a full list of events see http://www.northhempsteadny.gov/cbg50calendar.

On Sept. 21, 2019 the Fanny Dwight Clark Memorial Garden, Inc. will be holding the 50th Anniversary Garden Gala. The Gala in the Garden will include a dedication of a new moonlight garden to the Clark family, followed by music from the 1960s and an alfresco cocktail party.

The Town’s NHTV also has a documentary in the works about the history of Clark Botanic Garden, with release planned for the spring.