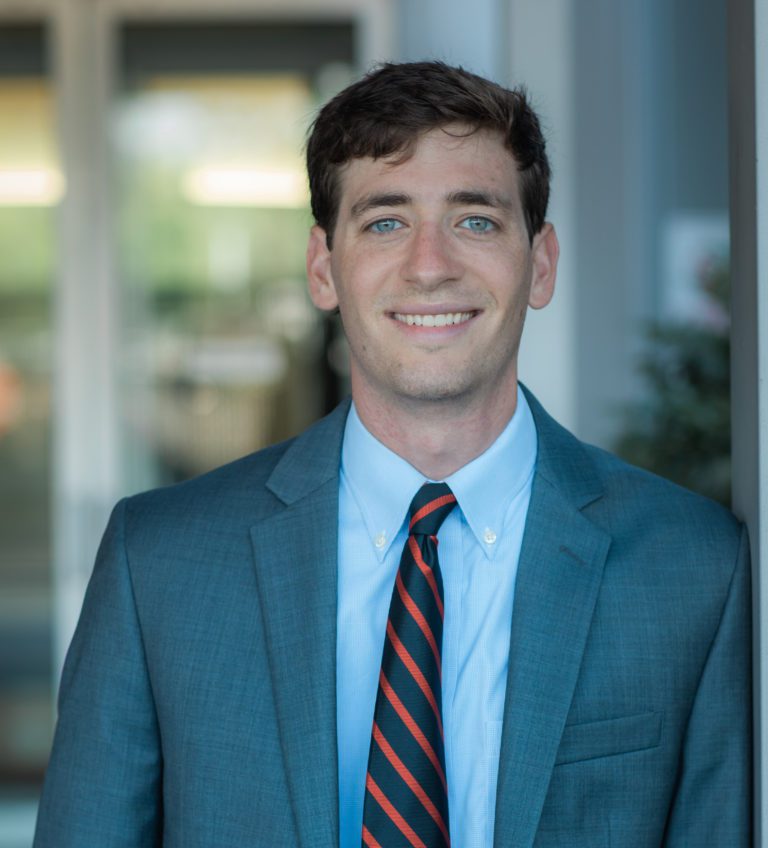 Robert McCarthy said he wants to remind people that the government can get things done if elected to represent Nassau Legislative District 14.

McCarthy, a Democrat, is running against incumbent Laura Schaefer, a Republican who has been in office since 2013. The district includes Garden City, Garden City South, Carle Place and portions of Westbury, Jericho, Hicksville, Bethpage, Plainview, West Hempstead, Hempstead and Franklin Square.

McCarthy, a Garden City resident, is attending the NYU School of Law, and recently finished teaching elementary school children in California, part of his postgraduate education studies at the University of Notre Dame.

During his time teaching, McCarthy said he was able to witness firsthand the lack of local, state or federal support his students were receiving and it inspired him to run for office back home. Specifically, the Chaminade graduate wants to solve the issue of government being at what he thinks is the lowest level of trustworthiness in his lifetime.

“I want to remind people that representatives have the ability to get things done and that government can be something that creates opportunity for more people,” McCarthy said in an interview with Blank Slate Media.

After knocking on what he said was over 1,500 doors in the district, McCarthy said the three biggest issues are people’s desires to remain safe in their communities, taxes and making government more accessible.

Regarding safety, McCarthy said the challenge is helping maintain the county’s standing in the upper echelon of areas that are safe.

Since a majority of homeowner’s taxes are allocated for local schools, which the Legislature does not control, McCarthy is focused on a more macro level. He supports County Executive Laura Curran’s assessment system and said despite problems, it is promoting transparency.

“She took on an issue that no one else would,” McCarthy said. “It isn’t perfect, but we need leaders who are working to address what needs to be addressed. I think the assessment is creating a fair system people can trust, and I’m committed to making it even better.”

Government’s ability to do its job, McCarthy said, is another top priority he has heard while knocking on doors.  He said  that there is some cynicism about local government and sometimes a lack of education. McCarthy said he wants to bridge the gap between constituents and their representatives to show them that the resources to solve local issues are at their fingertips.

“I want to help people understand ‘why is this election important to me?’” McCarthy said.

If elected, McCarthy would be a part of the Legislature that is responsible for remapping the districts, which is done every 10 years. He said he believes that the process should be completely nonpartisan and that villages and unincorporated areas should be kept together as much as possible so districts are more efficient and residents can understand how to access their representatives easier.

“You know a map is gerrymandered when a third-grader can’t tell you what shapes they’re seeing,” said McCarthy, who taught third-grade in California.

McCarthy also said he sees both long- and short-term solutions when revitalizing downtowns. He mentioned  the Boost Nassau program and CARES Act money being distributed evenly as businesses go through the pandemic. Specifically for villages, McCarthy said he wants to work with them to help create more walkable communities, which increase foot traffic. He said that through options such as sidewalk widening and making governments work faster when issuing zoning variances for transit-oriented development, downtowns can improve their status as business hubs for their communities.

When Legislative District 14 goes to the polls next Tuesday, McCarthy said he wants voters to know that he would bring a perspective, given his age and experience, that would bode well for the county.

“As someone who takes the LIRR into school most days out of the week, I bring a very unique perspective,” McCarthy said. “I believe I have an approach to things with a very pragmatic manner and I understand the stakes.”

McCarthy’s interview can be found on The Island Now’s YouTube channel.