County Legislator Delia DeRiggi-Whitton said she wants to continue doing everything she can to make her district environmentally viable if re-elected Nov. 2.

“Ninety percent of Nassau contains sewerage,” DeRiggi-Whitton said in an interview with Blank Slate Media. “However, 90% of that remaining 10 is in my district. It’s a major issue to me, especially because we live on the water.”

The legislator is running against Republican candidate Meagan McCarty and said she believes she has more to offer in terms of what she has already accomplished.

“We just hooked up the commercial area of Sea Cliff and I’m very proud of that,” DeRiggi-Whitton said regarding her unsewered areas. “It’s really enabled the businesses to do much better now.”

She also saidthe county’s  financial standing, was comfortable thanks in part to refinancing of debt in the middle of the COVID-19 pandemic, sales tax income from an increase and grants from the CARES Act.

“We’re saving a significant amount each year, on the percentage of interest that we would have been paying,” DeRiggi-Whitton said. “There’s been a lot of changes recently that I think are putting Nassau County in a better state.”

Due to the strengthening of Nassau’s financial situation, there has been discussion about the Nassau Interim Finance Authority’s role in the future. She said the agency, which oversees county finances, would take on a different role.

“They’re just going to oversee the bond and resume activity in a different function. We did not extend their control period, they won’t need to be the way they are now because of the refinancing,” DeRiggi-Whitton said.

She said she wants people to know on Nov. 2 that she is a candidat who won’t be tied to party lines. She said she believes her track record shows bipartisan work and a commitment to representing all constituents in the 11th District.

“I think my record shows that I really have been able to work with both sides of the aisle. My district is only slightly more Democratic and I usually win, by an overwhelming majority,” DeRiggi-Whitton said. “I really do get a lot of across the board votes, and I think it’s because people feel that they can relate to me and that they know that I really put a lot of time and effort into this job.”

A recording of DeRiggi-Whitton’s interview can be found on The Island Now’s YouTube channel. 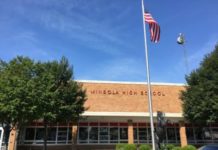 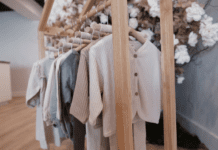 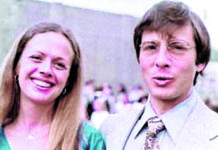