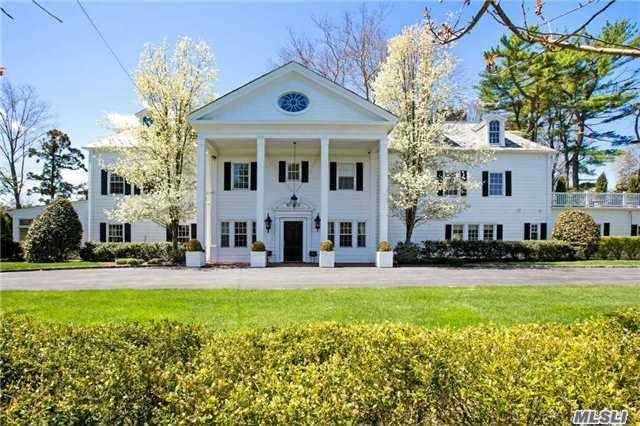 A 1920s Old Westbury home on the market for a year has undergone a $1 million price cut.

Originally owned by Helene and Alan Fortunoff, president and chief executive of the family-run Fortunoff Fine Jewelry and Silverware, the manor at 7 Forte Drive is listed at $2.8 million, down $1.15 million from the $3.95 million original asking price.

Laffey Real Estate agent Janet Berookhim said during the past year, some buyers were willing to pay less than the original asking price but more than the current price, and she hopes to draw some of those people back to the listing.

“They’re very motivated to sell it because the owners no longer live there,” Berookhim said.

The 10,000-square foot home is on a 2.13-acre lot and includes eight bedroom and 7.5 baths. The home is currently owned by Jennifer Michaels, Gov. Andrew M. Cuomo’s finance director, and Howard Michaels, the founder, chairman and chief executive of The Carlton Group, but they do not use it as their primary residence.

Originally built in 1924, the house was remodeled a few years ago, Berookhim said, and a movie theater was added to the third floor. Each of the eight bedrooms has a fire place, and the home boasts a black-and-white-tiled reception hall, full dining room and grand living room.