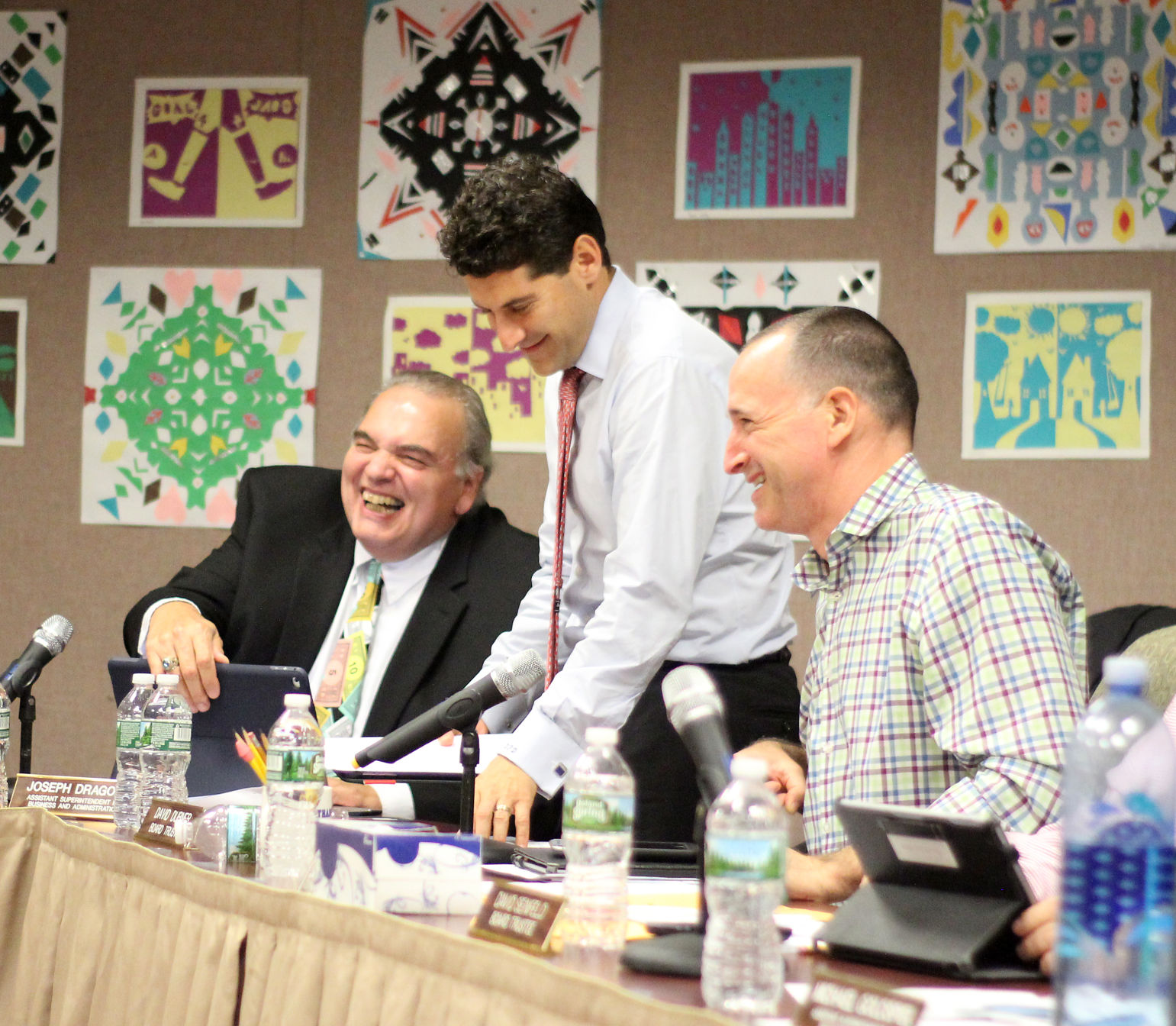 Common Core test results improved from the prior year’s scores for English Language Arts and remained consistent for math in grades 3-8 of the Roslyn school district in 2015-16, but opt-outs increased for each test, Michael Goldspiel, the assistant superintendent for secondary education, said in a presentation last Thursday night.

He warned against drawing conclusions from the results.

“We cannot compare this year’s test scores to last year’s,” he said, “because the tests changed and more students opted out.”

School Superintendent Alison Brown said she wasn’t surprised by the opt-outs. “If the testing becomes valid and reliable then kids should take the test,” she said. “Right now we’re not even allowed to make decisions about kids with the data.”

But Goldspiel affirmed his support for Common Core. “We think Common Core is a great thing because it teaches critical thinking,” he said.

Similar racial and socioeconomic disparities appeared in the Common Core grades 3-8 math test results. Overall, 75 percent of students performed at a proficient level in the 2015-16 school year, the same number as in 2014-15.

Goldspiel also announced the results of Common Core Regents tests, which high school students take in the second semester of their junior year. Such tests range in subject matter from chemistry to U.S. history to algebra.

Goldspiel said that the total of 451  Roslyn high school students who took an AP test in 2015-16 was  higher  than in any prior  year. The number of Roslyn students who take an AP test in a given year has gone up annually since 2011-12, when 380 students took at least one AP test.

Goldspiel credited the expansion of AP classes offered at the school as well as the district’s encouraging students to take AP classes either on their own accord or after a teacher recommendation.

Brown acknowledged that students who choose on their own to take an AP class are less likely to pass than those who are recommended for one by a teacher. But she added that the school is always improving its support for students who take a risk in challenging themselves with an AP class.

She proudly pointed to the school district’s 97 percent graduation rate in 2015-16, which was consistent with prior years. The Roslyn Board of Education president, Meryl Waxman Ben-Levy, said “the remaining 3 percent is just as important” and “the school district needs to see what it can do to support those students.”

“This is something to keep an eye on and minimize,” Brown said.