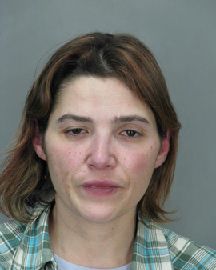 An Old Westbury woman was convicted of driving while intoxicated and causing a car crash with a three-year-old child in the backseat, Nassau County District Attorney Madeline Singas announced Thursday.

On Wednesday, a jury found 37-year-old Ariadne Tannous guilty of two felony charges, including a violation of Leandra’s Law, which is aggravated driving while intoxicated with a child in the vehicle, and aggravated unlicensed operation of a vehicle. During the time of the incident, Tannous had a suspended driver’s license, according to the DA’s office.

She was also convicted of two misdemeanor counts of driving while intoxicated.

“This defendant endangered the life of her young child and every driver and pedestrian when she drove drunk on Nassau’s busy roads,” Singas said. “Leandra’s Law was enacted because of the horrific tragedies that can occur when people drive drunk with kids in the car. It’s a miracle nobody was injured or killed by this defendant’s incredible indifference to the lives of her own child and the public.”

Singas said Tannous was driving on Glen Cove Road in Carle Place in the late afternoon of April 4, 2014 when she struck a car in front of her.

No one was injured, but when police arrived to investigate, Tannous was reported to be glassy-eyed with the odor of alcohol on her breath, she said.

Tannous’ blood-alcohol level was found to be at least 0.20 percent at the time, more than twice the legal limit, according to the DA’s office.

At the trial, the DA’s office said, Tannous said the crash occurred because she was distracted by her child in the backseat.

She faces a maximum of 1 1/3 to 4 years in prison for the charges, and a sentencing date has been set for Oct. 28.