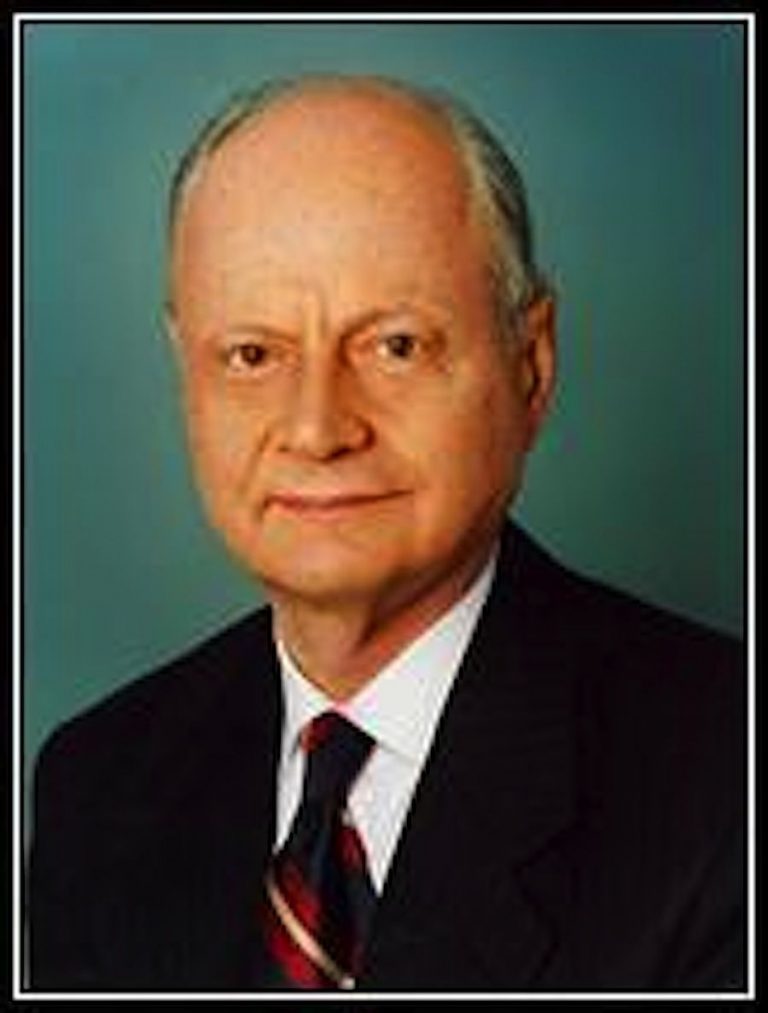 “Some people look forward to retiring. My retirement is going to be ‘plop’ and fall over,” said Bill Greiner, 92 years old and still working at the company he founded in 1953.

Greiner has been working for over 60 years, and he said he has no plans to retire. He received a lifetime achievement award on Tuesday for his long career with the company, and while he said he appreciates the recognition, it isn’t the most important thing to him. He said he firmly believes in keeping active, particularly by continuing to work.

“I never stop working,’’ he said. “My personality is more content when I am busy with projects and working.”

When he’s in his office he keeps up with exercise by using a pedalling machine under his desk. But according to Greiner, muscles aren’t the first priority, it’s the brain.

“The brain is the most important part of the body,” Greiner said. “Once you lose your brain, that’s it, you’re through.”

He said he keeps his brain fit by eating healthy foods, his current favorite being salmon, for the Omega-3s. He attributes the structured diet to his father, who was a doctor, Greiner said.

“When we found out sugar wasn’t good for you, I was off sugar,” he said.

The key to a long life is to keep a routine to follow on a daily basis, he said. But he said he recognizes that his work-heavy lifestyle isn’t for everyone.

“It’s really up to the individual,’’ he said. “One size does not fit all.”

Greiner said his venture into the brokerage business wasn’t done by specific planning. Before his long career, he served during World War II for over two years.

“Soldiers were discharged first in, first out, and I was in the middle. Once I got out, there were no jobs available, no salaried jobs.”

After his service, he took an hourly job with a brokerage firm, Brett-Wyckoff, canvassing industrial lofts in midtown Manhattan, where he would go through buildings, floor by floor, handing out flyers to potential leads.

Eventually, industrial lofts fell out of favor in the city, due to the inconvenience and congestion, Greiner said.

“There was an exodus heading east,” he said.

New opportunities sprung up in Long Island as business moved out of the city, and with Maltz, his late business partner, Greiner created Greiner-Maltz, based in Long Island City.

Through the years, technology has made aspects of his business easier, Greiner said, but it wasn’t without challenges.

“Once I got the hang of it, Microsoft would come out with a new edition. It took a lot of effort with updating,” he said.

With the advent of new technologies, Greiner said it has had a significant impact on health, citing a physical he had with a doctor.

“It’s amazing they can tell that I never smoked,’’ he said.  “Technology is moving forward, it changes.”

“If you can follow it, you are way ahead of the game,’’ he said.  “I’m going to continue doing what I’m doing.”