Assistant Superintendent for Business and Administration Joseph Dragone, second from left, said the projected tax levy will be offset by the use of reserves. (Photo by Amelia Camurati)

The Roslyn Board of Education continued a series of presentations on the proposed 2018-19 budget with a focus on facilities and technology on Thursday as well as a projected increase in the proposed tax levy.

Joseph Dragone, the district’s assistant superintendent for business and administration, said the proposed tax levy increase is now projected at 2.42 percent, up from 2.28 percent at the Feb. 15 meeting.

“All of those changes brought the budget up to 3.2 percent, but rather than impose all of that increase on the taxpayers, we’re proposing that we apply more of our reserves to offset the levy so the levy itself only goes up 0.14 percent,” Dragone said.

The budgets of the facilities and operations department and the technology department, along with the budgets of several other departments, contribute to the overall $3 million budget increase that the district expects, bringing the total budget from $107 million to the $110 million projected next year.

Kevin Carpenter, assistant superintendent for administration and special projects, said one of the contributing factors to this figure is the amount it plans on spending next year on the electric system, namely $829,166.

“Electric is one of our biggest offenders of our budget year,” Carpenter said. “Think about what we’re doing in the district with technology and think about all the air conditioning we put in last year.”

Carpenter said with these additional funds, the department plans to implement several program enhancements such as floor-cleaning machines, hallway locker repair and a new tractor.

Carpenter also said the funds will be used to continue some capital projects, as well as to start new ones, such as the replacement of the high school football turf field, irrigation for the front of the buildings, and a new security vestibule at the high school attendance office.

The department plans to use some money at the high school and Hilltop Academy, Lopez said, for updated study center furniture and iPads. At both the high school and middle school, it will be used for Chromebooks and the replacement of Smartboards with Epson Brightlink.

“We don’t want to make the school a jail but at the same time we want to protect our valuables and our faculty and students,”  Lopez said of the security features.

The board will hold two more budget presentations, scheduled for March 22 and April 17, before the May 15 budget vote. 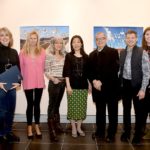 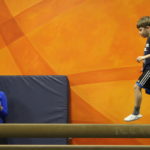