“Bad Education,” the film based on the embezzlement scandal that plagued the Roslyn school district in the early 2000s, will air on premium cable channel HBO in April, according to a trailer released over the weekend.

A brief teaser trailer published to YouTube on Friday, which shows footage of the film, noted its premiere date as Saturday, April 25, airing at 8 p.m.

The film is based on former Roslyn Superintendent Frank Tassone, who headed the school district at a time when approximately 11.7 million was embezzled.

Tassone. who pleaded guilty to first- and second-degree grand larceny, was sentenced in 2006 to 4 to 12 years in prison, and was given an early release in 2010.

As recently as last year, he received a six-figure pension, as he did in prison.

Assistant Superintendent and scandal bookmaker Pamela Gluckin, the first district official to be caught, obtained a plea deal for a 3-to-9-year sentence in 2006, and was paroled in 2011. She last received a government pension in 2014, in a yearly sum of $56,870.

Actor Hugh Jackman stars as Tassone, with Oscar-winner Allison Janney featured as Gluckin. Emmy- winner Ray Romano has a supporting role, as the fictional president of the district’s school board.

Roslyn alumnus Mike Makowsky wrote the screenplay, and is credited as a co-producer.

In a letter sent to parents in the fall of 2018, the Roslyn school district said that it had not had any input on the film and that the production would not be shooting scenes on school property. Several production trucks were seen in the Roslyn area shortly afterward.

The film had been bought by HBO for “just under $20 million,” according to trade paper Variety, after a series of screenings at the Toronto International Film Festival, where it premiered last September.

It received positive reviews in its festival debut, with Jackman as Tassone singled out for praise. The film currently holds an 88 percent “Fresh” rating on the review aggregator Rotten Tomatoes. 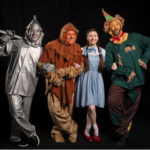 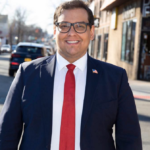