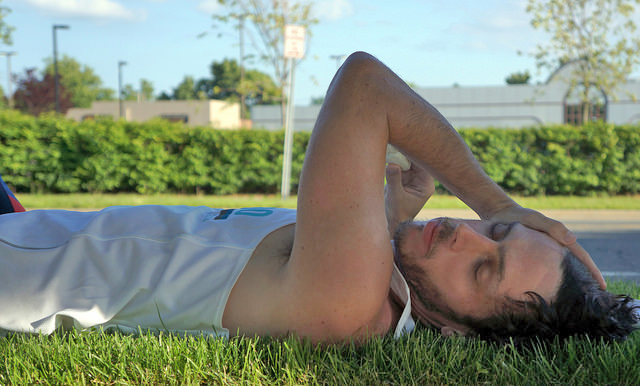 A Long Island resident who said he would run 100 miles to highlight the need for offshore wind energy projects in Montauk and Long Beach fell 10 miles short of that goal on Saturday.

Matthew Kearns, a volunteer with the environmental group Sierra Club, said he started his marathon in Montauk, but stopped 90 miles later in Babylon because he became physically ill.

He said although he’s disappointed he wasn’t able to complete his goal, he believes he was able to show people how important the wind energy projects are to Long Island.

“I ran across all of Suffolk county and a bit of Nassau and I saw that there’s community support for it,” Kearns said. “There were Long Islanders all across the way cheering me on.”

Gov. Andrew Cuomo and PSEG Long Island have already committed to a renewable energy project in Montauk, but have not said whether it will be offshore wind energy or an alternative renewable energy source, according to Lisa Dix, a senior New York campaign representative for the Sierra Club.

Cuomo, Dix said, has said offshore wind energy is something he is considering for use in future energy projects.

“In his State of the State he talked about offshore wind as a solution for the first time,” Dix said in an interview last month.

A vote by PSEG and LIPA’s board of trustees on what type of renewable energy will be used for the project is expected later this fall, Dix said.

The project has already been approved by the U.S. Bureau of Ocean and Energy Management, as the proposed site is in federal waters.

The Montauk wind turbine project, Dix said, has the ability to power up to 120,000 homes and would be located more than “30 nautical miles off the shore.”

“The visibility issue is not an issue with second generation wind projects,” she said.

A nautical mile is equal to 1.15 regular miles, according to the National Oceanic and Atmospheric Administration’s website.

A similar project proposed in Long Beach would have the ability to power up to 240,000 homes and would be located 12 nautical miles off the shore of the Rockaways, Dix said.

Kearns said he started his run at the Montauk Lighthouse at midnight on June 14 and ran about 30 miles in five hours to Southampton.

He said it was in Southampton that doctors told him he was already losing vital nutrients as a result of the marathon.

“I had lost about eight pounds,” Kearns said.

After refueling with food and water, Kearns said he began to run again toward Patchogue.

But, Kearns said, the heat from the sun began to take a toll on him.

In Patchouge, doctors told him he had gained some weight back.

But, he said, his energy continued to deplete as he continued running to Long Beach.

“I was moving a little slower at that point,” Kearns said.

Kearns said he began to become physically ill as he approached Babylon.

“At that point my body wasn’t able to keep any food down,” he said.

Kearns said he stopped at Babylon and was transferred via ambulance to the Long Beach Boardwalk, where a rally calling on Gov. Cuomo to approve offshore wind energy projects was being held.

At the boardwalk, Kearns was presented with a proclamation from the city of Long Beach and spoke to the people gathered at the rally.

“It was really great for everybody to stick around,” Kearns said.

Kearns said he stayed at a hotel in Long Beach that night and did not go to medical treatment, with the exception of visiting a podiatrist on Monday.

“I have some blisters on my foot from the run,” he said. “I’ll probably be losing a toenail as well.”

He said he’s “been instructed to take it easy for a while.” 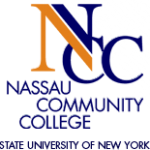 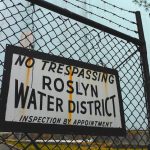