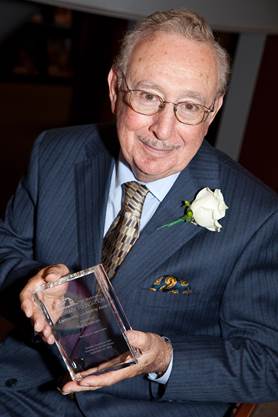 Spielman was born on May 15, 1927, in Ontario. Once he moved to the United States, he served in the Army before becoming a co-founder of the market research and communications firm McCollum Spielman Worldwide in 1968. After retiring in 2008, Spielman was elected to the Market Research Hall of Fame for his work.

After he retired, his wife, Jackie, died, leading him to write the book “Suddenly Solo.” The book guides mature, widowed or divorced men through their lives and offers coping skills.

A previous Northwell Health patient, Spielman was a founding member of the organization’s Department of Medicine’s Leadership Circle. He also funded the Spielman Research Awards in Northwell’s Geriatrics and Palliative Medicine division.

“I had the idea, the Northwell Health Foundation and hospital staff helped craft the gift and the language for my will, the physicians receive the support needed to conduct clinical studies, and our community ultimately benefits from the outcomes of the research,” Spielman told Northwell in a previous statement.

Spielman also had a passion for education, serving on boards for the Jericho school district and SUNY’s College of Optometry and Vision Science. He also established the Spielman Social Science Research Lab at CCNY’s Colin Powell School of Civic and International Studies.

Spielman also served on the Port Washington Library Foundation board for five years. The library, in a tribute letter, lauded Spielman for his humility, charm and hard work.

“Sometimes, a legend walks among us and we might not even notice because he was so charming and so kind, so humble,” the letter said. “Hal’s immense legacy will live on for generations in Port Washington and beyond. We are forever grateful to have had the honor of working with him, knowing him, and we will continue to be inspired by him as we carry on with his work and his vision.”

In 2017, the Port Washington Library named the children’s library after him and Jackie. In the  project’s fundraising efforts, the library touted Spielman’s dedication to ensure that the project was completed.

“Hal did not sit idly by while this project got underway,” the letter said. “Collaborative and endlessly creative, Hal was a passionate and innovative board member, hosting brainstorming meetings late into the evening at his home in Sands Point, where he got out his white board and his markers and his big ideas and said, in the demanding and energizing way of a one-of-a-kind leader, to a room full of his most ardent admirers, what’s next?”

Spielman helped raise more than $1.5 million toward the construction of the children’s library, while personally donating $300,000.

Efforts to reach a member of Spielman’s family for comment were unavailing. 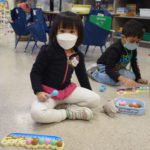