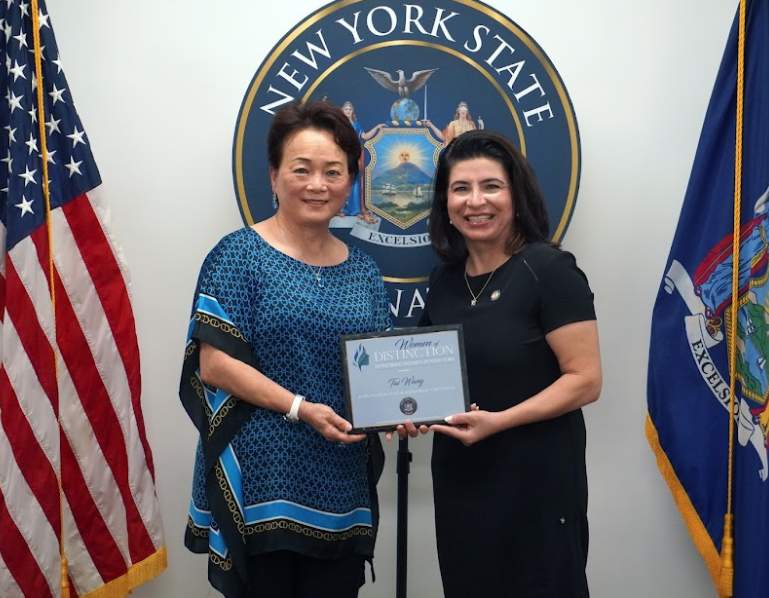 “It’s really my pleasure and a true honor to receive this award,” Wang said.

“It’s my honor and privilege each year to select one exemplary woman from our community who sets herself apart from all others through her work to make our world and our lives better, and I’m thrilled to recognize Tai Wang as my Woman of Distinction for 2021,” Kaplan said.

Wang’s journey to becoming the 2021 Woman of Distinction began more than 40 years ago when she, her husband, Tony, and their daughter Shelley moved to the United States. The couple purchased a small grocery store in Queens with what little savings they had.

In 1984, they established WAC Lighting, which has since developed into one of the world’s leading lighting manufacturers along with holding a handful of major brands. Wang supports various charitable organizations, including the American Red Cross, Gift of Life and Alliance for Smiles. Wang is also a sponsor of nonprofit organizations including the Long Island Research Association’s Science Fair to help children achieve their educational goals.

Wang is an advocate for promoting Chinese heritage in the United States as the founder and president of the Glow Foundation and the New York Chinese Chorus. Through those organizations, Wang aims to promote various cultural festivals featuring music and dance performances throughout the metropolitan region.

Wang said that by volunteering at schools on the North Shore, she learned how to become an American. Through her volunteer work, she said, children were taught how to speak and sing in Chinese and how to appreciate Chinese culture.

“Tai is a trailblazer who has excelled to the heights of success as an entrepreneur, while giving generously of herself to support important causes, and promoting Chinese cultural understanding and awareness,” Kaplan said. “Tai is living proof that the American Dream still works. She’s a treasured member of our community, and an inspiration to us all.” 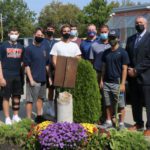 Happening at the Great Neck School District
Next Article