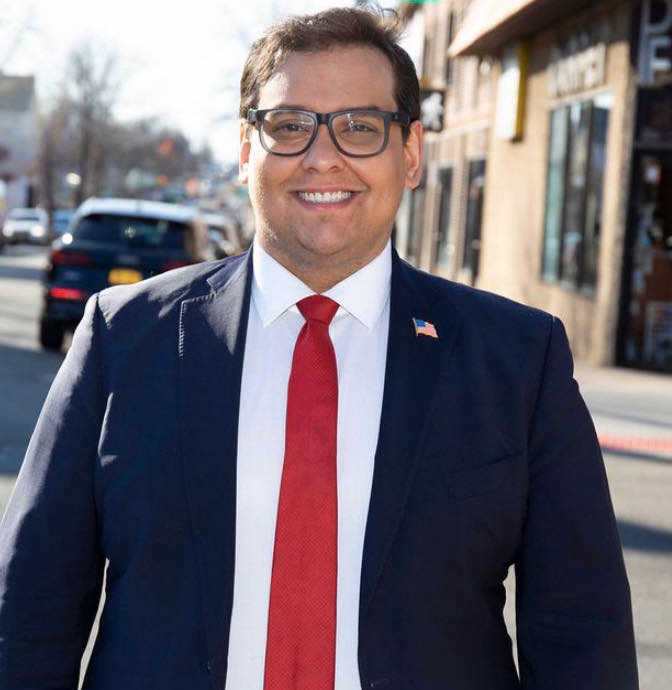 George Santos, a Queens resident and financial professional, is challenging a what he calls “a radical regime” in his campaign for New York’s 3rd Congressional District.

The district includes Manhasset, Roslyn, Port Washington, Great Neck and Floral Park, among other areas. It is currently represented by U.S. Rep. Tom Suozzi (D-Glen Cove), the former mayor of Glen Cove and former Nassau County executive who was first elected to the seat in 2016, won re-election in 2018 and is seeking another term this year.

Santos, who was confirmed as the Republican nominee for the seat last week, was born in Jackson Heights and raised in various neighborhoods in the borough by his parents, both emigrants from Brazil.

“I’m in the district by a couple of blocks,” Santos said in a phone interview conducted Monday. “I’m a lifelong New Yorker and a first-generation American, I love our country and our state, and I do not plan on ever leaving the state of New York.”

“I think the solution is fixing the state from radical regimes,” Santos said. “I’m running toward it, to fix the problem.”

“He has poorly managed his budget,” Santos said. “I’m the antidote to all the wasteful spending. I don’t see why a congressman from Long Island should have to hop on a first-class airplane flight when you could take the train to Washington.”

A representative from the Suozzi campaign told Blank Slate Media that they were “not inclined to comment,” but said the government was prohibited from paying for first class seats.

A graduate of Baruch College with a degree in economics and finance, Santos began his professional career at Citigroup in its real assets division, then moved to Turkey-based hospitality firm Metglobal. He briefly worked at Goldman Sachs before joining LinkBridge Investors, and now serves as the regional director of Harbor City Capital, an alternative investment group.

“My passions lie in building bridges and bettering the lives of people,” Santos said. “The same way I’m helping people secure their retirement; let’s get the same thing done through legislation.”

“Instead of destroying coal outright, we phase it out,” Santos said. “We train new generation in nuclear power management, let this generation work to retirement, and we phish them into teaching nuclear tech, without destroying coal completely.”

Santos also objects to the changes made to the $10,000 cap on state and local tax deductions imposed on the tax changes approved by Republicans in Congress and signed by President Trump.

“I support the president, but I don’t think the cuts were taken into consideration too well with areas like the 3rd district in mind,” Santos said.

Another of Santos’ main issues is immigration, which he says “should be 100 percent based on merit.”

“If we’re going to allow people to come into this country, we need to vet them,” Santos said. “I’m the son of immigrants who did everything by the book, and we see these people nowadays bypassing that. It’s a slap in the face to generations who came in here properly. I want to make sure we double down on border security, build a wall twice as tall.”

Santos also wants to “reallocate resources” to the northern border, explaining that some emigres from South American fly to Canada and attempt to cross from there.

“Reinforce those borders just as well, call it 30 percent reinforcement,” Santos said. “After we have all these things in place, then we can explore granting of paths to green cards.”

Santos says he supports the deportation of convicted felons or those who commit high misdemeanors, and that he wants to review the “fine lines” of the immigration issue with “experts in Congress.”

“As far as if there’s a family living in this country, I think felons and anyone convicted of any crime should immediately be deported,” Santos said. “I don’t care how many children you have, you’re no good to them.”

The candidate says he draws inspiration from U.S. Rep. Lee Zeldin (R-Shirley), and that he seeks to be as available to his constituents as Zeldin is to his.

“If not as hands on as Congressman Zeldin, then more so,” Santos said. “I will be walking around with petitioners, knocking on doors, and as I get elected and I go to Washington, you best bet that every county will have a field office. I will take it into DC and I will make it a mission to be more present in district and be available to the people who elected me.”

Santos says that he will bring a “fresh perspective” if elected, and that policy over party will be paramount in his campaign.

“I would like the public to know that let’s forget about R and D next to candidate’s names,” Santos said. “It’s the policy and not the party that affect our livelihoods. we need to start looking at policies and make sure the candidates will help and not hurt you in the long run.” 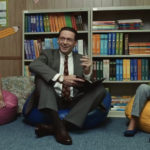