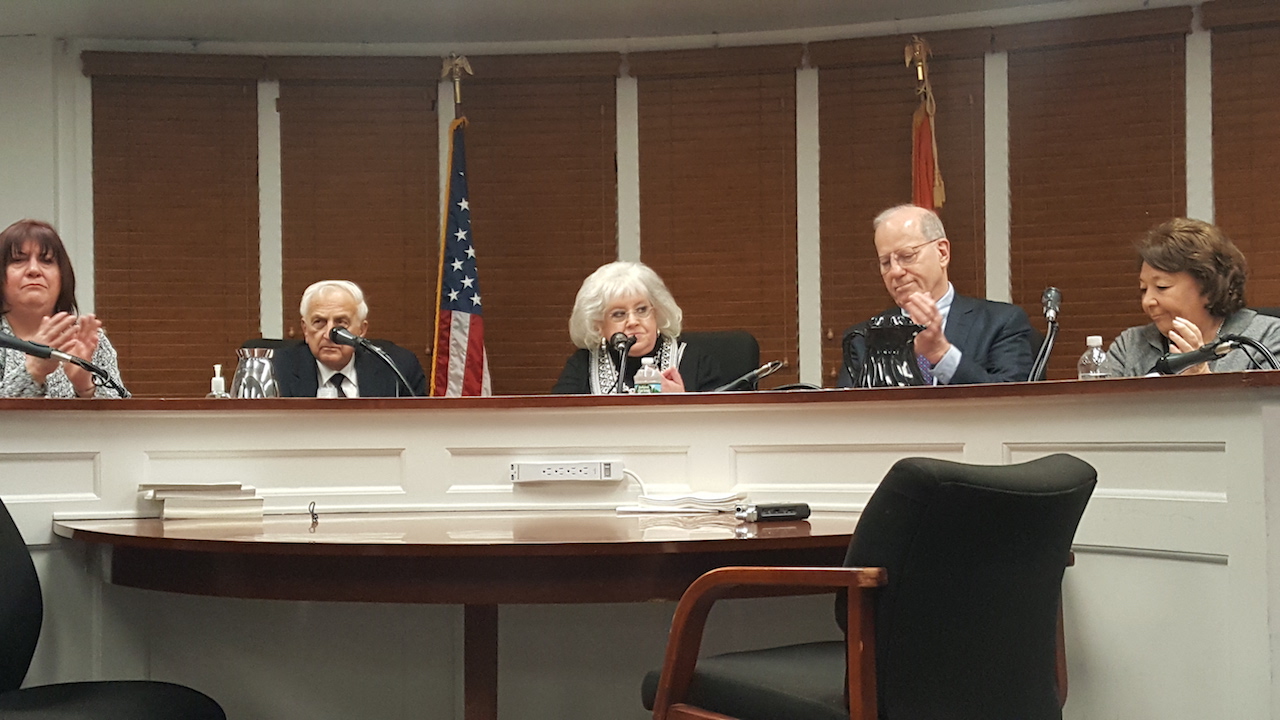 Great Neck school district officials appeared at the Village of Great Neck Board of Trustees meeting Tuesday night to address questions about the district’s proposed $85.9 million bond referendum and how it will affect businesses, why the district needs what is being proposed and how the district informed residents about the proposal.

About 60 residents and elected officials attended the meeting at Great Neck Village Hall, the school district’s final presentation before the bond vote scheduled for Tuesday. Village Clerk-Treasurer Joe Gill collected questions from those in attendance and directed them to the school board.

A number of business owners questioned what the tax impact would be on local retailers, noting that the business district on the peninsula was struggling due to high taxes.

Village of Great Neck Trustee Barton Sobel said it was difficult to attract new businesses to Great Neck because of the prices landlords have to charge for rent.

John Powell, the district’s assistant superintendent of business, said the tax rate for businesses was less per $100 of assessed value than residential homes.

Powell added that those interested can call his office to find out what tax impact the proposed bond would have on their home, business or apartment.

Kensington Mayor Susan Lopatkin said she and other village officials made efforts to inform all residents on the bond vote, but found that “not a single person has come back to us to tell us they knew about this.”

A “bond bulletin” that was sent to all residents, Berkowitz said, was also translated into Chinese, Korean, Spanish and Farsi to ensure that the information was available to everybody.

She said that if residents did not receive any mailings from the district on the bond vote, it was either because of a postal carrier issue or because the district did not have an address on file.

“There’s no more that we can do other than go by our database and make sure that it’s as current as can be,” Berkowitz said.

Through a question card submitted to Gill, Saddle Rock Mayor Dan Levy asked why the district’s buildings were allowed to deteriorate to the level of needing to bond to address the issues.

Alfredo Cavallaro, the head of the district’s buildings and grounds department, said the district spends $3.5 million each year on maintenance.

“We exhaust a lot of our maintenance dollars in making these repairs annually when they need capital money to” be replaced, Cavallaro said.

“My children went to school here 13 years, I paid my dues. I’m still paying them 50 years later,” Pierce said. “Have you taken into consideration this tax increase on the middle class families that live in our villages?”

Berkowitz said the board did consider the impact on middle-class families and seniors. She also noted that the district offers various tax exemptions for residents who qualify for them.

Great Neck rabbis to bring peninsula together for dialogue
Next Article