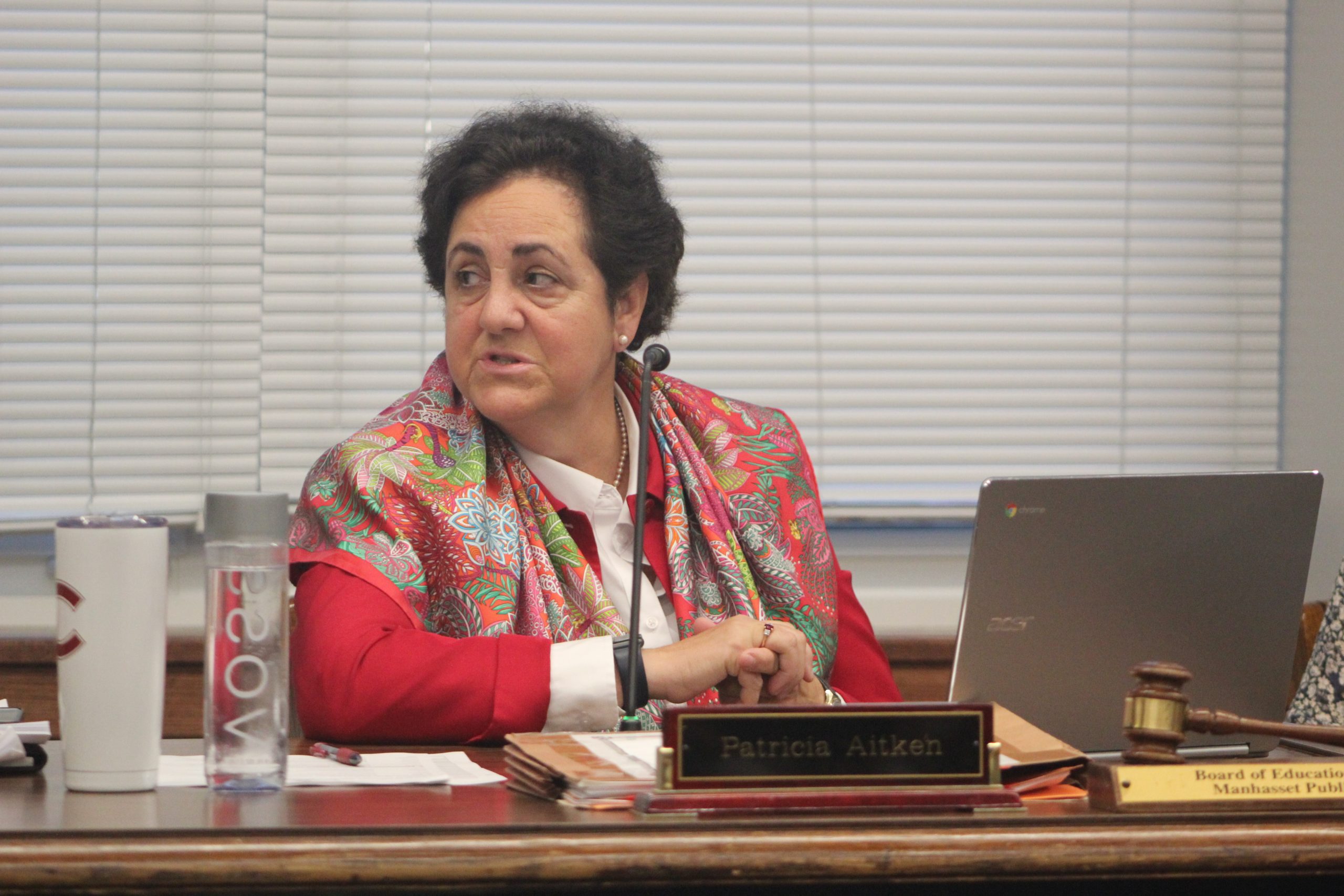 Manhasset Public Schools' guidance will likely follow recommendations set forth by the Centers for Disease Control and County Health Department. The CDC currently advises universal mask wearing for those inside a school and older than two. (Photo by Samuele Petruccelli)

By Samuele Petruccelli and Robert Pelaez

After some state leaders decided not to offer schools coronavirus health guidance, it is largely up to local district administrators to create their own plans for a safe reopening amid rising cases.

Just a few weeks before K-12 students are set to walk into school for in-person learning, the governor’s office and state Department of Health announced that they would not provide advice to curb the spread of the increasingly infectious virus within hundreds of elementary, middle and high school walls.

Kicking off one of the busiest seven days in Albany, the State Council of Superintendents received a phone call from Gov. Andrew Cuomo’s office last Wednesday, retracting plans to offer guidance. The next day, state Health Commissioner Howard Zucker officially passed the torch to local schools.

“With the end of the state disaster emergency on June 25, 2021, school districts are reestablished as the controlling entity for schools,” Zucker said in a statement. “Schools and school districts should develop plans to open in-person in the fall as safely as possible, and I recommend following guidance from the CDC and local health departments.”

One hour later, the Education Department released a statement urging Zucker to reconsider and hinting at the latest developments in Cuomo’s sexual harassment allegations.

“The circumstances enveloping the Executive Chamber this week should not prevent the Department of Health from the execution of its responsibilities to the public, as has been promised by the Governor’s office for months,” read the statement.

Then, on Tuesday, Rosa said in a memo to school superintendents shared with Blank Slate Media that her department will issue guidance to schools on preventing the spread of coronavirus, based on advice from the federal Centers for Disease Control and Prevention and the American Academy of Pediatrics.

“Although the Education Department does not have direct jurisdiction over matters of public health, the Department does possess oversight authority for schools,” Rosa wrote. “We anticipate the forthcoming guidance will address questions around the wearing of masks, social distancing, remote learning, transportation, community transmission tracking and potential funding sources available to schools and districts that may help with preparing for the upcoming school year and beyond.”

Children can spread #COVID19, even when they have mild symptoms or no symptoms at all. Due to the recent surge caused by the Delta variant, children 2 years or older should wear masks in public indoor settings, including schools. Learn more: https://t.co/tt49zOn1hf. pic.twitter.com/6XJwjbRMkB

Districts could implement a range of preventive measures, but a vaccine mandate for eligible populations is not considered to be legally possible, according to Worona, though he acknowledged it depends on whom you ask.

“In the absence of there being express legal authority in the law for districts to be able to impose that type of a mandate, that therefore, they don’t have the authority,” Worona said about one legal interpretation. “Even if they had the authority, they would still have to collectively bargain it because it is going to be a term and condition of employment for our staff.”

Cutting a deal would mean working with the New York State United Teachers union, which released a statement Aug. 2.

“We would support local efforts to encourage more vaccinations, such as through programs that require that those who are not vaccinated get tested on a regular basis,” the statement said. “What we have not supported is a vaccine mandate.”

“That was a forecast that if a district decided to impose it, they would be there to bring a legal challenge,” Worona said. “They didn’t directly threaten that, but I think that’s the implication.”

In other words, districts could not unilaterally require their unionized employees to be vaccinated, according to Robert Lowry, deputy director for advocacy research and communications at the State Council of Superintendents.

In a statement last Friday morning, Nassau County Executive Laura Curran said district officials are speaking among themselves about next steps.

“While the State Department of Health seems to have abandoned their responsibility to provide COVID-19 guidance to our school districts, I have been in contact with school administrators and parents to help address any confusion,” Curran said. “The Nassau County Department of Health is available to help districts with any questions regarding safety protocols, as they have been during the entirety of the pandemic.”

And at a news conference the previous day, Curran said she trusted local administrators to use their judgment.

“I really do believe just as with businesses, I believe the school officials are best equipped to make these decisions for their school communities,” Curran said.

But no matter what decision a school makes on physical distancing, COVID testing or universal mask wearing, a fraction of the community is sure to be up in arms.

Perhaps there is good news in local control and flexibility, Worona said. “The bad news is, you don’t want people to just be succumbing to community pressure, because that can make people happy on an immediate basis. If there’s loss of life that follows, those same people will not be happy with the decision that [your] school district allowed.”

Speaking of Rosa’s memo to public and nonpublic schools, Worona said: “I don’t think she’s hardly suggesting that districts should just go ahead and decide locally what they want to do in vacuum. It should be based upon and be connected to science.”

As of Wednesday, no school district on the North Shore had fully outlined reopening plans. But Herricks School Superintendent Fino Celano indicated how his guidance is being drafted.

“The Herricks Reopening Task Force Health and Safety Committee, consisting of parents, teachers, administrators and medical professionals, will be reviewing local DOH and CDC Guidelines and developing recommendations for Covid protocols,” Celano said in a statement. “Protocols will be updated as needed, based on the changing landscape of the pandemic.”

The state Department of Health says all reopening decisions are up to local school leaders. Describe your school district’s administrative activity level this month in one word.

The neighboring Manhasset school district also indicated that guidance from the CDC and county Department of Health will serve as a basis of its plans.

“We ask for your continued patience as we build a reopening plan that prioritizes in-person learning and ensures the safety of our school community,” read a letter sent to families.

The latest guidance from the CDC and the American Academy of Pediatrics, along with encouragement from the White House, recommends that all students older than 2, teachers, other staff members and visitors wear face masks in schools. Also strongly recommended is the vaccination of eligible populations.

Mineola schools will present their reopening plans at the next Board of Education meeting, set for Aug. 19, according to a statement.

Efforts to reach other school districts in the area for comment were unavailing. According to statistics from the New York state Department of Health, more than 872,000 people throughout Nassau County have received a full vaccination series as of Wednesday.

Throughout the North Shore, the 11042 ZIP code of New Hyde Park continued to have the lowest rate at 21.1 percent of people vaccinated for the second week in a row, according to state Health Department figures. That ZIP code, however, consists primarily of businesses south of the Northern State Parkway and along Marcus Avenue.

The highest vaccination rate, of 86.1 percent, is in the Great Neck peninsula’s 11020 ZIP code, which consists primarily of the Village of Lake Success and University Gardens. Some of this ZIP code is also made up of Great Neck South Middle and High School, North Shore Hebrew Academy and the Fresh Meadow Country Club. 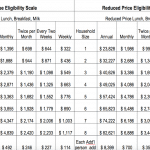 Notice of Formation of Garving LLC