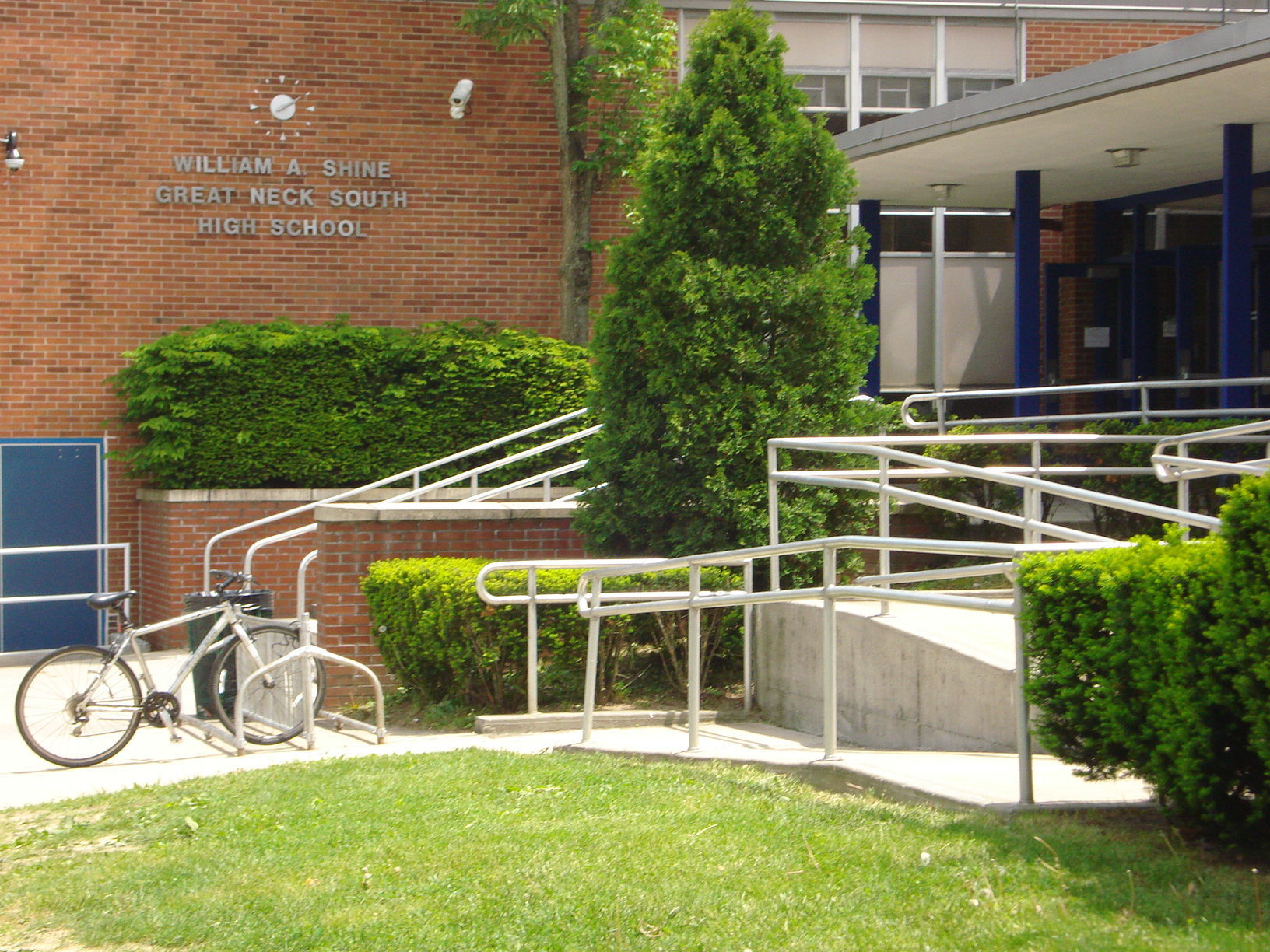 Great Neck South High School was ranked #29 on Niche's list of the top 100 K-12 schools in the state. (Photo from the Great Neck Public Schools)

But despite earning the high honor, some school officials said rankings such as Niche’s should be taken with a grain of salt because of the varying criteria used by the different entities that list schools.

Roslyn Superintendent of Schools Allison Brown said although Roslyn High School was listed at No. 4 in the state, the district pays little mind to the ranking.

“While we always appreciate being recognized for the excellence of our students and faculty, the school district doesn’t pay close attention to high schools rankings, as they are typically based on criteria that are arbitrary or very narrow in scope,” Brown said.

In its “2017 Best Public High Schools in New York,” Niche ranked the top public high schools in the state by using “key statistics” such as state test scores, college readiness levels, graduation rates and SAT and ACT scores, as well as reviews from students of the schools on teacher quality and school programs.

“As for the credibility of the rankings, the public should be leery of the high school rankings published by Newsweek, U.S. News and World Report, the Washington Post and Niche as each of these rankings greatly vary in the criteria being used and likely do more to promote each of the organization’s own needs than it does to each of the schools being recognized,” Cardillo said.

Manhasset High School was listed at number 28 on the ranking.

Cardillo said more important than the ranking is the “pride” everyone from students to community residents have in the school’s successes.

“Students who attend or who have attended Manhasset High School recognize it is one of the premier high schools in the country,” he said. “Over my 11 [plus] years in Manhasset, many students, parents, community members and staff members have shared their tremendous pride in the high school and the entire school district due to all that the students have accomplished in the 4 A’s – academics, the arts, athletics and after school activities.”

Great Neck South High School was ranked as the third best school in the state, and top on Long Island.

“We do have a wonderful school and it is always nice to know that others feel that way too,” Elliott said.

Great Neck North High School was also listed in the ranking, coming in at No. 22.

The Wheatley School cracked the list at number 13, while Paul D. Schreiber High School in Port Washington was listed at number 20.

Herricks High School was the final North Shore school to crack the top 100, ranking at number 37.

Order on transgender students requires no change on N. Shore
Next Article