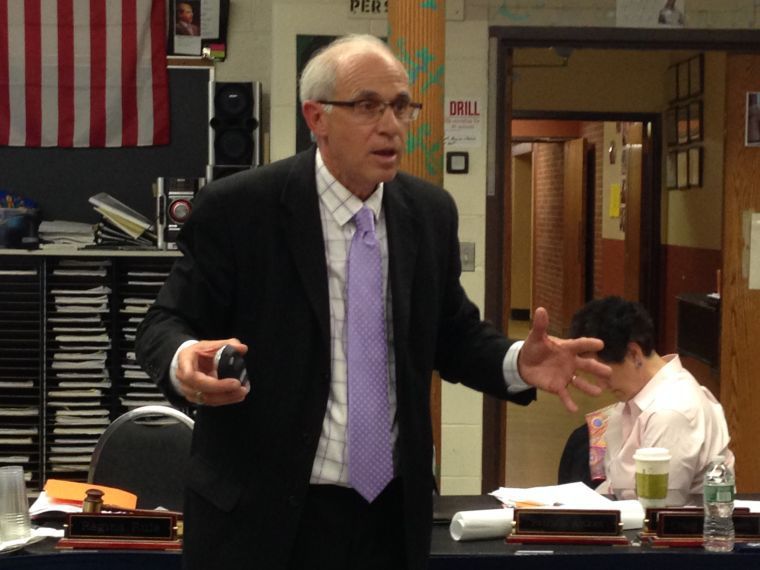 Manhasset schools Superintendent Charles Cardillo has issued a preliminary budget totaling $93,914,011 at the New York State tax levy cap of 2.02 percent that expands high school class offerings and provides Chromebooks for third, fourth and fifth graders, among other initiatives, the school district said in a statement emailed on Monday.

“The goal of the superintendent’s preliminary budget is to maintain and enhance the ‘4 A’s’ — Academics, Arts, Athletics and Activities,” the statement added.

Attempts to reach Cardillo about the preliminary budget were unavailing.

The 2016-17 budget allowed for $92,008,827 in spending, though the Manhasset School Board announced last week an expected surplus of almost $2 million by the end of the fiscal year.

According to the statement, the preliminary budget expands the district’s middle school Project Lead the Way-STEM Initiative to the high school and the elementary schools.

The Project Lead the Way-STEM Initiative “requires students to adopt a design-thinking mindset through hands-on projects in science, technology, engineering, and math,” the statement said. “It fosters creative, collaborative problem-solving, critical and creative thinking, and perseverance.”

The preliminary budget calls for the high school to add courses, including Anatomy and Physiology, Marine Biology, Science of Natural Disasters, Criminalistics and advances classes on animation and digital photography.

The district statement said the preliminary budget calls for the puchasing 525 Chromebooks for the third, fourth, and fifth grades at Munsey Park and Shelter Rock.

The preliminary budget includes the implementation of kidOYO, an online platform that supports students’ learning of computer programming and engineering, the district statement said.

The preliminary budget also adds professional development to provide for training in curriculum initiatives like Project Lead the Way-STEM and kidOYO, among others.

It includes funding for three additional clubs at the secondary school and continuing the current level of club opportunities at the elementary schools.

The preliminary budget also provides additional assistant coaches where necessary to manage team size and continuing the current level of team offerings for the middle school, junior varsity and varsity, the statement said.

The adoption of the budget by the school board will take place at a meeting on April 20 at 8 p.m. in the Middle School library.

The district wide vote on the proposed budget will take place on May 16 from 6:30 a.m. to 10 p.m. at the Secondary School gym.

18 seats to be decided in G.N. village elections
Next Article