We’re not sure of their names yet because they haven’t even been born.

But if current trends hold, the Schreiber High School girls tennis team is going to have a state champion doubles team to honor in 2041.

That’s because exactly two decades after the last Vikings doubles squad was the best in New York, there are a couple of new champs in town.

And on second thought, check that math: They’re only juniors, so there might not be a 20-year wait this time.

To honor their newest champions, the Schreiber administration commissioned a plaque with their names on it and dedicated it to the duo at a ceremony at the school in Port Washington on Dec. 7.

“What an amazing accomplishment for these girls,” said coach Shane Helfner. “To win the county doubles championship last year, and now win it again this year and win the states, is incredible. “We’re very grateful and proud to have you represent our tennis program. We hope, since you’re both juniors, we get another one of these next year.”

Perfiliev and Ross both normally play singles for Schreiber, in the No. 1 and No. 2 spots, respectively, but New York state rules allow singles players to enter the doubles draw for the playoff tournament.

Last season their dreams of a state run were dashed when COVID-19 forced the cancellation of the state playoffs, but this year they rolled to victory.

Perfiliev, an aggressive, attacking net-rusher, and Ross, who is solid and dependable at the baseline, realized last season they make a strong pair.

“Doubles is a different mentality, a different ballgame,” Perfiliev said. “You’ve got to know where your partner is at, where they might be going on the next shot; you have to move together as a team, and Ellie and I just clicked when we first started together.”

Ross said adjusting from singles to doubles “takes a little time” but that once she and Perfiliev started again this fall they fell into their easy chemistry. They easily secured another county title, then didn’t drop a set until the finals at the state tournament.

There, they were challenged by a team from Orchard Park High School near Buffalo, and the Schreiber team lost the opening set, 6-2, before regrouping to roll, 6-1, 6-3.

“It was just a matter of hitting the reset button and regrouping and getting back to their game,” Helfner said. “They did that and we’re so proud of them.”

After the win, the girls said they got “Airheads [candy] and flowers, and then drove home and celebrated.”

Perfiliev and Ross, both ranked among the top 25 girls players in New York, are being recruited by Division I tennis schools, though they did not want to say where they’re hoping to go to college.

But both said they intend to win the state tournament next year, and seemed a little overwhelmed at the attention the school was giving them with the plaque that will hang against the fence of Schreiber’s courts.

Town of North Hempstead Councilwoman Mariann Dalimonte, present for the ceremony, said, “To have something at your school, and one day you’ll come back and hopefully your kids will see this sign, is amazing. What an accomplishment.”

“We had no idea they were going to give us a plaque; we were ecstatic when we heard,” Ross said, beaming. “Hopefully we can do this again and get another one.” 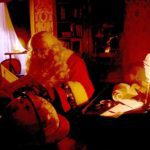 Going places: Holiday happenings in our own backyard
Next Article 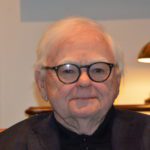