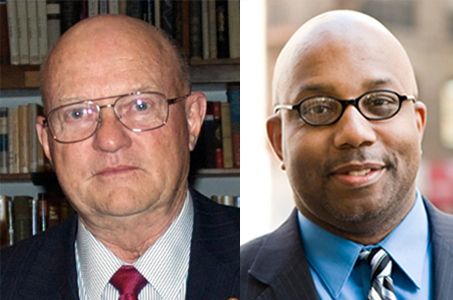 On Sunday, Jan. 16 at 3:00 PM, Stephen C. Widom Cultural Arts at Emanuel will present a Video Conversation with Col. Lawrence Wilkerson (retired), former chief of staff to the late General Colin Powell, moderated by NY1 news anchor, host of Inside City Hall, and CNN political analyst, Errol Louis. Their discussion is entitled: “What Will It Take to Manage the Crises Ahead?”

This program can be viewed through February 6, 2022.

For six years Colonel Wilkerson has been a member of the Climate and Security Working Group, principally a gathering of former members of DOD, DHS, NASA, NOAA, and other government departments and agencies, as well as many on active service, meeting quarterly or more frequently to examine the connections between a rapidly changing climate, on the one hand, and national and international security requirements on the other.

According to Wilkerson, “During these gatherings, it has become starkly evident that the challenges presented by the climate crisis are not only massive and on almost every front, domestic and international, but are life-threatening — perhaps to the entire human population on Earth. Yet both adaptive and ameliorative action, by individual states and by the international community, is woefully inadequate.”

Col. Wilkerson will offer his views in a conversation with moderator Errol Louis on what it will take to change this political lethargy into meaningful action, in addition to commenting on the high stakes issues confronting Americans with regard to the Republican attempt to overturn the presidential election results of 2020, voting rights and the attempt to suppress the vote in upcoming elections, and the threat to democracy that these and other issues underscore.

Lawrence Wilkerson is Visiting Professor of Government and Public Policy at the College of William and Mary in Williamsburg, Va.

His last positions in government were as the late Secretary of State Colin Powell’s Chief of Staff (2002-05), and associate director of the State Department’s Policy Planning staff under the directorship of Ambassador Richard N. Haass.

Before serving at the State Department, Wilkerson served 31 years in the U.S. Army, including as Deputy Executive Officer to then-General Colin Powell when he commanded the U.S. Army Forces Command (1989), special assistant to General Powell when he was Chairman of the Joint Chiefs of Staff (1989-93), and as director and deputy director of the U.S. Marine Corps War College at Quantico, Virginia (1993-97).

Since leaving the State Department, Wilkerson speaks to groups all over America, publishes articles in newspapers and magazines across the country, and regularly offers commentary on television.

This program is funded by Steve & Sandi Richman.

Registration for this event is $10.
For further information, to register and purchase a ticket online, go to: 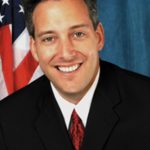