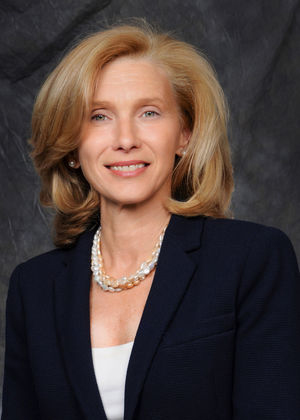 State Sen. Elaine Phillips (R-C-Manhasset) called on the Metropolitan Transportation Authority to reverse a 4 percent fare increase that took effect on March 19, an option the MTA is considering.

In a letter to the MTA board on Monday, Phillips said it should ease the pain for commuters who will be affected by extensive repairs scheduled for Penn Station this summer.

“Due to the scale of repair work at Penn, the ripple effect of this project will certainly be felt throughout the LIRR system, affecting trains and passengers across the schedule and at stations far from Penn,” Phillips wrote.

“These passengers deserve to be compensated as well, and I urge the MTA to roll back its most recent, 4 percent fare hike for all monthly LIRR commuters.”

Phillips was referring to Amtrak’s planned infrastructure renewal project at Penn Station slated to occur from July 10 to Sept. 1. It will likely disrupt LIRR rush-hour service for much of the summer, as the repairs will close three of the station’s 21 tracks.

While Amtrak said its own service will face the most issues, since it will reduce its service at Penn by around 40 percent and cancel six trains a day running between New York and Washington, Phillips has said LIRR commuters are far from immune.

“While those repairs are necessary, it doesn’t change the fact that they will severely impact local commuters,” Phillips said in a previous statement. “Estimates are that this project will cause LIRR service to be reduced by approximately 20 percent throughout the summer.”

Additionally, Phillips noted she is the prime sponsor of Senate Bill S6421, which would allow the LIRR to withhold payments to Amtrak to compensate commuters affected by service disruptions. It passed the state Senate 55-6.

Payments would resume only after Penn Station, which is operated by Amtrak, reaches a 95 percent on-time performance for trains arriving and departing at Penn Station for at least one month.

As of Tuesday morning, the LIRR had not announced a detailed service plan. The New Jersey Transit Authority, however, announced reductions on the Morris and Essex lines and fare reductions for anyone affected by the reduced service.

The Long Island Rail Road Commuter Council expressed concern on Monday that the LIRR had not released a summer service plan yet.

A spokesman for the LIRR noted that Gov. Andrew Cuomo directed the MTA to come up with mitigation plans to help Long Islanders and that Cuomo would work with the MTA to investigate options for compensating consumers.

“Our top priority during Amtrak’s Penn Station construction work this summer is to ensure that LIRR riders are minimally impacted and we are finalizing plans to ensure that,” the LIRR spokesman said.