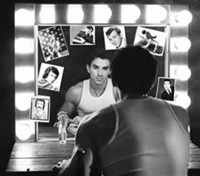 Jarrod Spector, star of Broadway shows like “Beautiful,” the “Cher Show” and “Jersey Boys,” will be taking the audience backstage to show them his ability to inhabit the soul and spirit of performers from all genres of music. The show takes the audience back to Spector’s performances as a six-year-old on “Star Search” to his theatrical performances in which he channeled musical artists like Sonny Bono and Frankie Valli. Tickets are $52 per person.

The Long Island Craft Guild’s fair will feature items like artisanal beaded necklaces, glass and ceramic plates and wood cutting boards. Each work of art that will be on display will be original and selected by a juror. Admission and parking to the event are free.

The Long Island Craft Guild is celebrating its 60th year. It’s committed to the development of the crafts movement while also seeking to promote the exchange of information and experiences that would benefit both artists and the community.

“Bon Journey” is a tribute band to legendary rock groups “Bon Jovi” and “Journey.” They’ll be performing some of those bands’ most popular songs at the Plattduetsche Park Biergarten. They aim to capture the spirit, sound and high energy of the groups in their performances. The New York-based group has been performing across the tri-state area since 2010.

The Long Island Choral Society begins its tenth decade of performances at the Christ Episcopal Church. It will also mark the fifth decade in which Meredith Elaine Baker will act as conductor for the group. They’ll be kicking off the first concert with performances of “Stravinsky’s Mass” and the “Rutter Requiem.” Ticket prices range from $10 to $20.

The Family Service League will be continuing its annual tradition of “Great Chefs of Long Island” at the Crest Hollow Country Club in Woodbury. Many of Long Island’s restaurants will be represented at the event. Master Chefs will present their best fare for an evening of signature dishes and decadent delicacies. A large selection of wines will also be on hand. Additionally, guests can shop for unique designer gifts and luxury services at the auction. Tickets for the event are $225 per person.

Jennie Garth and Tori Spelling Live: A Night to Remember

Stars of “Beverly Hills 90210” Jennie Garth and Tori Spelling will be on hand at the NYCB Theatre at Westbury. The event should be filled with memories and laughs as Garth and Spelling host a live talk show. Those interested in getting VIP membership for the event will have the chance for a meet-and-greet. Still, there’s a chance most of the audience will be interacting with Garth and Spelling, as the show is supposed to be interactive.

The first night of Hofstra University’s Fall Dance Concert Series begins Thursday. The performers that will be featured include Hofstra faculty choreographers and special guest artists. However, the special guests have yet to be announced. The concert will take place in the Toni and Martin Sosnoff Theater at the John Cranford Adams Playhouse. Tickets are $10 per person and $8 for senior citizens. Hofstra community members get free admission if they show their Hofstra ID card. 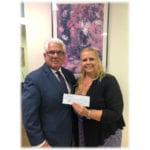 Upcoming at the Williston Park Library